In this October 27, 2019 update, journalist and whistleblower Ole Dammegard updates his evaluation of the effects of exposing Sea Eagle 2019, a possible 9/11-type false flag operation, tentatively planned under the guise of disaster drills for the Oct 23-24, 2019 period unless exposed, hitting “39 targets in the following five EU cities”: London UK; Manchester UK; Barcelona Spain; Paris France; Rotterdam Netherlands, as well as two (2) nuclear power plants that might have been the targets of a synthetic Terror attack in Sweden within 36 hours of the main Operation Sea Eagle 2019 attack, with an estimated 1600 persons present at planned disaster drills at this location, according to reported false flag coordinator Ola Slettermark’s reported information.

In this update, Ole Dammegard reports that series of apparent emergency top-level meetings at NATO in Brussels following the exposure of Operation Sea Eagle by multiple Truth journalists in the days prior to Oct. 23-24, 2019 successfully shattered the organizational backbone of a NATO/Gladio false flag operation.

By public exposing the false flag operation and its planned Synthetic terror attacks and social disruption, Ole Dammegard states that civil society has also avoided as well the imposition of martial law and substantive controls on free speech and publication on the Internet and elsewhere in civil society.

Ole Dammegard was born in Denmark and raised in Sweden, grew up believing he lived in a free and democratic society. As he started to investigate the political assassinations of John F. Kennedy and Swedish Prime Minister Olof Palme, he noticed there were some very strange and glaring similarities in these two cases. Since that time, Ole has investigated many other political assassinations, deaths of musicians and false flag events, and has shown the common thread behind them all: the New World Order Agenda. Ole's aim is to spread this information and to promote a stance of "no-fear", of peace and recovery from the atrocities and trauma that we have been subjected to for so many years. We are many, they are SO few. Shine the light on these conspiracies, get involved and transcend this evil agenda so we can get on with this amazing and beautiful life.
@http://twitter.com/LightOnConspira
Previous Then They Came For Your Mind: The Untold Story of Psychosurgery
Next You Are Who You’ve Been Looking For – by Adam Roa 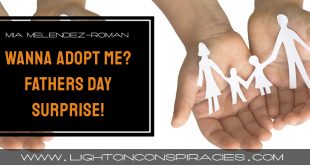 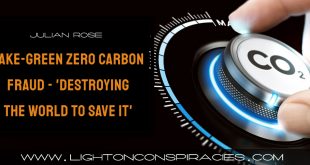 Fake-Green Zero Carbon Fraud – ‘Destroying The World to Save It’