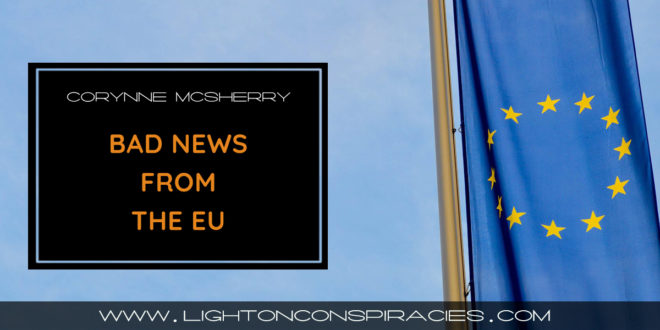 The European Union seems to fallen in love with the idea of requiring service providers to edit the Internet, with predictable consequences for speech. Until recently, there was reason to hope those consequences could be contained. For example, the EU’s highest court recently ruled that the EU’s Right to Be Forgotten does not require Google to delist search results globally, thus keeping the results available to users around the world, even if de-indexed from the site associated with a particular EU state.

But last week, in a case involving a defamation case in Austria, the same court held that the national courts of EU member states can order intermediaries not only to take down defamatory content across all of their services—i.e., globally—but also to take down identical or “equivalent” material.

Perhaps not surprisingly in this political moment, this case started with a thin-skinned politician. The head of the Austrian Greens Party, Eva Glawischnig-Piesczek, sued Facebook, demanding that the company take down a news article posted by a user and related online comments that called her a “lousy traitor,” a “corrupt oaf” and a member of a “fascist party.” An Austrian court found the comments defamatory, and ordered Facebook to both take down the comments throughout its services and block users from repeating them.

On appeal, the CJEU had to decide whether the Austrian court’s decision was consistent with EU intermediary law. Under EU law, intermediaries may be held liable for tortious content only if they have knowledge that the content is on their site, and cannot be required to affirmatively monitor for illegal activity. The CJEU found that because Facebook had knowledge of both the specific statements and other statements “equivalent” to them—and therefore would not have to make an independent assessment of illegality—the Austrian court’s order was consistent with EU law.

This is a terrible outcome.

First, the actual content in question is clearly lawful in many countries, including the United States. All of the statements found defamatory under Austrian law would be considered non-defamatory rhetorical hyperbole under U.S. law. Indeed, politicians and other public figures can be subject to more severe hyperbole than “corrupt oafs.” That’s one of the ways we hold them, and their egos, in check. Moreover, under U.S. law defamation is inherently contextual. The exact same words that may be capable of a defamatory meaning in one context, will not be in another. Thus, even if a court decides a specific phrase is defamatory and orders that the specific statement be removed, it cannot order the removal of future appearances of the same phrase. So it’s pretty disturbing that another country can decide otherwise, and as a practical matter prevent people who don’t even live there from speaking up or even receiving the information. That burden was not even mentioned by the CJEU.

Second, the court effectively concludes that the requirement to prevent similar language from appearing isn’t an affirmative monitoring obligation as long as the “monitoring” is done by filters. While it is likely true that Facebook can develop tools that recognize when someone says “Eva Glawischnig-Piesczek is a corrupt oaf,” it’s not at all clear that those tools could automatically recognize the functional equivalent. Once again, the robots won’t save us.

Third, this ruling sets a precedent that may not just apply to Facebook. A smaller company faced with a similar order would likely just drastically limit or eliminate user postings altogether. Thus, once again, the EU is helping ensure that today’s social media giants need not fear competition, because no one else will have the resources to comply with the growing web of speech regulations.

Coming on the heels of the new EU copyright directive, which also requires filtering, this ruling reinforces the EU’s growing role as Internet police—and its willingness to play that role without much regard for its impact on non-EU citizens.

There is one ray of hope in the opinion. The CJEU explains that any blocking order must take account of “the framework of the relevant international law.” One way to assess that would be to look to Article 19 of the Universal Declaration of Human Rights, which holds that “Everyone has the right to freedom of opinion and expression; the right includes freedom to hold opinions without interference and to seek, receive and impart information and ideas through any media regardless of frontiers.” The courts of member states should consider the impact of any order on free speech rights before issuing a global takedown order.

Facebook has indicated it will challenge the takedown order. There’s no further appeal option in the EU, but it might look to international courts or, following Google’s example when it received a global de-listing mandate from a Canadian court, challenge the order’s enforceability in the United States. Google won that challenge, and it’s likely Facebook would as well. But if so, that will still be small consolation to smaller platforms that cannot afford to litigate these issues in multiple countries.

For more on the issues in this case, check out this detailed analysis from Stanford’s Daphne Keller.

Corynne McSherry is the Legal Director at EFF, specializing in intellectual property, open access, and free speech issues. Her favorite cases involve defending online fair use, political expression, and the public domain against the assault of copyright maximalists.