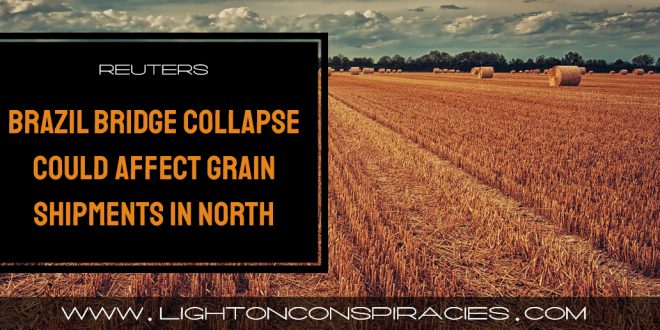 SAO PAULO (Reuters) – Part of a bridge over the Moju River in Brazil’s Para state collapsed early on Saturday, potentially affecting shipment of grains such as soybeans and corn through northern ports, local authorities and an agribusiness consultant said. 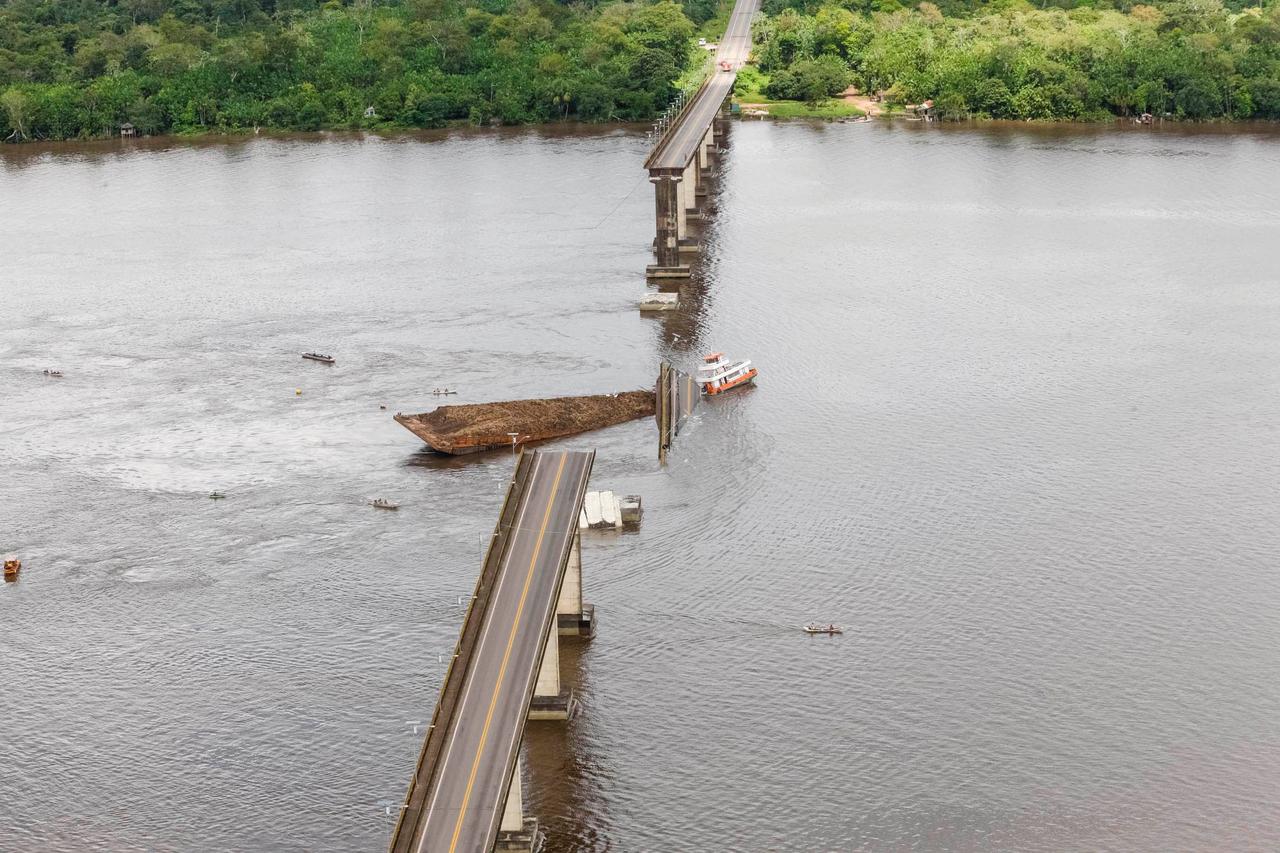 A bridge over the Moju River is seen after collapsing and potentially affecting shipments of grains, such as soybeans and corn through northern ports at Alca Viaria complex in the Highway PA-483 in Acara, Para state, Brazil April 6, 2019. Fernando Araujo/Agencia Brasil/Handout via REUTERS 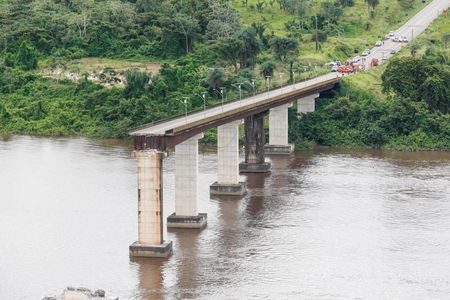 The bridge fell after it was hit by a boat, Governor Helder Barbalho said on Twitter, where he also posted videos of a large section of the bridge in the water. He said this was not the first time such an accident had occurred.

According to the official Agência Brasil news agency, two vehicles were crossing the bridge at the time of the collision.

“At the moment, our priority is searching for victims and giving complete support to their families,” Barbalho was quoted as saying in a statement from Para’s state news agency.

According to rescue workers, no crew or documents from the boat that collided against the bridge were found on the scene. The number of casualties was unclear.