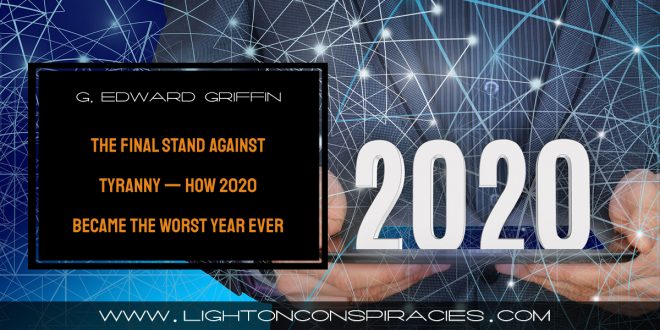 G. Edward Griffin: The Final Stand Against Tyranny — How 2020 Became The Worst Year Ever

Josh Sigurdson talks with legendary author G. Edward Griffin about the fall of the US empire and the last stand against tyranny as we watch governments grow and we watch plans we’ve warned about for years play out.

Mr. Griffin describes the year 2020 as no one else could from beginning to September. Are we facing the biggest scam in history? How have we willingly given so much power to such a massive racket?

G. Edward Griffin also goes into his 1984 interview with Yuri Bezmenov which has recently seen a boost in popularity as it’s used in the new Call Of Duty video game. Yuri warned about the future and his predictions came true, totally.

With that said, Mr. Griffin then predicts what he believes 2021 will look like and then the future that follows. It’s a dire prediction, though it doesn’t have to be that way.

Finally, he breaks down the concerns regarding Big Pharma which he’s been exposing since the 1960s.

You won’t want to miss this incredible interview! Don’t forget to come out to The Red Pill Expo 2020 on Jekyll Island, Georgia!