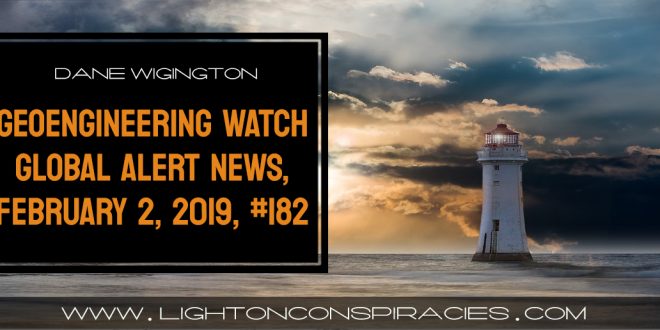 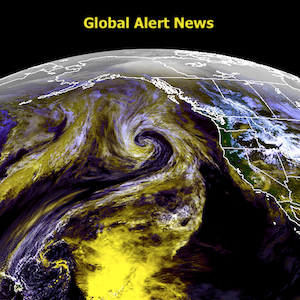 The engineered winter weather in the eastern US is about to whiplash into record high temperatures. In the western US, the opposite scenario is taking place. The steadfast normalcy bias of populations in first world nations is starting to break down, along with the environment on which we all depend on for our survival. The stock market house of cards is again being artificially inflated, but what is really going with the foundations of industrialized civilization? Which countries will be the next to fall under the feet of expanding empire? How many will soon look back and wonder why more did not see collapse coming? The latest installment of Global Alert News is below.

Though darkening horizon may seem carved in stone, who can say with certainty how the future will unfold? Whatever comes, our will can never be taken from us. If we stand together in facing the gathering storm, we may yet alter the outcome. Reaching a critical mass of awareness with the population is the first priority, sharing credible data from a credible source is the best way to wake others. Make every day count, make your voice heard.
DW

This week’s GeoengineeringWatch.org outreach booth is at the @THE GROUNDS, Roseville, California, and is shown below. My most sincere and continuing gratitude to the Gem Faire exhibition organizers for facilitating and setting up this very effective booth in every week’s Gem Faire location. The schedule for upcoming Gem Faire events is HERE. A geoengineeringwatch.org booth will be at all events, thanks to the steadfast support of Gem Faire. 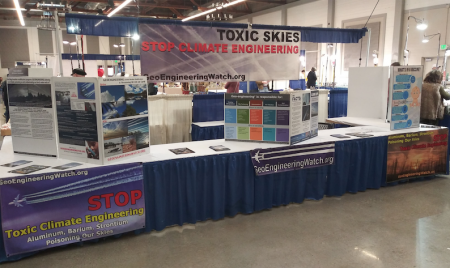 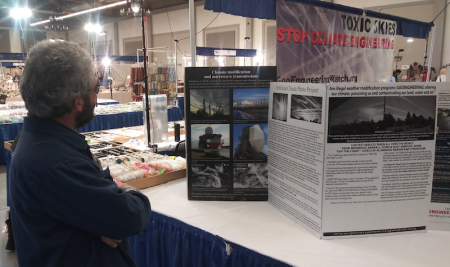 Share
Previous Apocalyptic Debt Crisis In America: 63 Of America’s Largest 75 Cities Are COMPLETELY BROKE
Next The TSA (And Other Experiments In Evil)