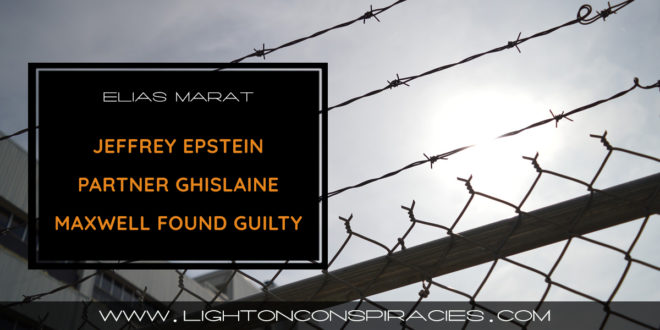 Disgraced British socialite Ghislaine Maxwell has been found guilty of five of six charges in her sex-trafficking trial Wednesday evening, bringing to a close the dramatic sex trafficking trial for the former partner of late financier Jeffrey Epstein.

Maxwell, 60, was accused of recruiting and grooming four teenage girls for Epstein between 1994 and 2004 and acting as what prosecutors called a “sophisticated predator” who preyed on the young and vulnerable for the benefit of rich and famous elites.

Epstein, 66, died of apparent suicide during his incarceration at a federal prison in New York City while facing a potential prison sentence of up to 45 years on charges of pedophilia and sex trafficking.

Maxwell faces up to 70 years in prison for her crimes, and may also face a heavy penalty for a pair of perjury counts that will be tried separately.

“Maxwell and Epstein were partners. They were partners in crime who sexually exploited young girls together,” Moe added.

The Maxwell trial was widely seen as a last-ditch opportunity for the government to secure a conviction for Epstein’s crimes, in effect making this the trial that Epstein prevented from ever occurring.

Maxwell’s defense argued that she should not be made the scapegoat for his crimes, claiming that her accusers were motivated by personal gain and that their memories had become distorted over the years.

“Epstein’s death left a gaping hole in the pursuit of justice for many of these women,” Maxwell’s defense lawyer Bobbi Sternheim argued. “She’s filling that hole, and filling that empty chair.”

Throughout the trial, the 12 jurors heard lurid and hard-hitting testimony from four women who say that Maxwell and Epstein had personally abused them when they were under the legal age of consent, with two of the women claiming the abuse happened when they were 14.

One of the 14-year-old victims, who went by the pseudonym Jane, said that Epstein began abusing her in 1994 with the occasional participation of Maxwell.

Prosecutors argued that Maxwell helped the girls feel at ease with Epstein, and that without her participation they likely would have been turned off from being abused by the then-middle-aged financier.

“Epstein could not have done this alone,” Moe said.

One woman, known by her first name Carolyn, said: “Money will not ever fix what that woman has done to me.”

Maxwell and Epstein both were known to have been friends with such public figures as Presidents Bill Clinton and Donald Trump, Microsoft founder Bill Gates, and other high-profile figures.