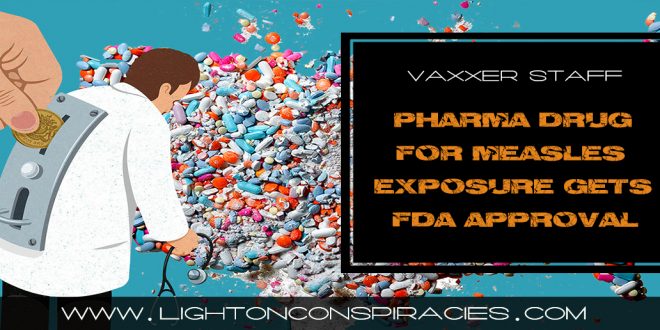 The US Food and Drug Administration has approved a new drug that’s intended to protect people who have been exposed to measles or hepatitis A. The drug is intended to combat the illnesses in place of vaccinations which “may take weeks to work” after a recent exposure.

Pharmaceutical company Grifols is behind the drug, GamaSTAN®, an immune globulin product that works post-exposure.

“Vaccination, while a valuable option for hepatitis A and measles post-exposure prophylaxis, may take several weeks to take effect as your immune system works to build the antibodies it needs to fight these viruses,” said Stephen Scholand, M.D., infectious disease specialist at MidState Medical Center, said in a statement. “Immune globulins such as GamaSTAN® have been a valuable treatment option for many decades because they offer immediate and rapid protection with antibodies that fight infection.”

The drug is intended for people over the age of 40 who are exposed to measles or hepatitis A.

“The CDC also recommends that immune globulin should be used for children aged less than 12 months, immunocompromised persons, persons with chronic liver disease and persons who are allergic to the vaccine or a vaccine component. When administered within 2 weeks after exposure to HAV, immune globulin is 80 to 90 percent effective in preventing hepatitis A infection.”

An immune globulin is intended to reduce the severity of the condition.

Of course, health officials still believe older adults should be vigilant with vaccines.