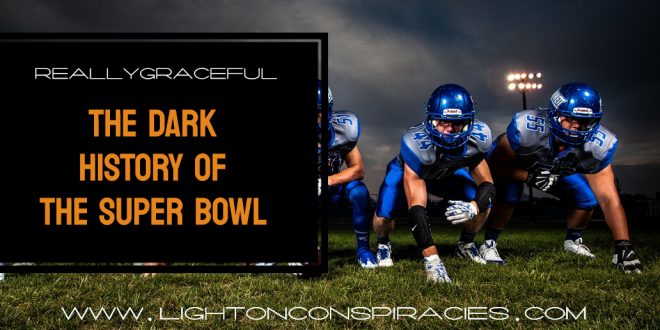 The DARK HISTORY of the SUPER BOWL

Published on Feb 2, 2019
“The Dark History of the Super Bowl” takes a deep dive into the origins of the big game: The word “entertainment” can be traced back to old French and Latin with its roots meaning “to hold” and “to keep someone in a certain frame of mind”, and there’s no greater annual entertainment event that captivates the masses quite like the “big game”. Professional football’s annual ritual, the Super Bowl, has transformed from a mere championship game to an economic juggernaut and cultural force, garnering more viewership than any measly presidential debate. Every year, friends and family gather around the television to watch the big game, the most die-hard fans cheering for the team they view as an extension of themselves, and the most luke-warm viewers just watching for the commercials. While this one moment a year serves as the the most universal, shared cultural experience across the United States, the masses are, by and large, unaware that it’s not just a football game being played out on America’s greatest stage. Subscribe For More – http://bit.ly/reallygraceful What the Media Wont Tell You – http://bit.ly/reallygracefulplaylist Please subscribe to my backup channel: http://bit.ly/reallygracefulsecondcha… Facebook: https://www.facebook.com/reallygraceful Twitter: https://twitter.com/reallygraceful Instagram: http://instragam.com/reallygraceful About reallygraceful: On this channel, I talk about suppressed history by connecting the past to the present. On the daily, we’re inundated with breaking news headlines propagated on the radio, television, and social media. It’s my goal to provide context so that we can collectively navigate through this information labyrinth. #SUPERBOWL #BIGGAME reallygraceful https://www.youtube.com/reallygraceful

To preview the book click on the thumbnail below:
eBook Paperback
Share
Previous New PBS Documentary Features Inspirational Biologist Rachel Carson and Her Book “Silent Spring” About Dangers of Pesticides
Next FOLLOW THE MONEY: Public School | A reallygraceful Documentary