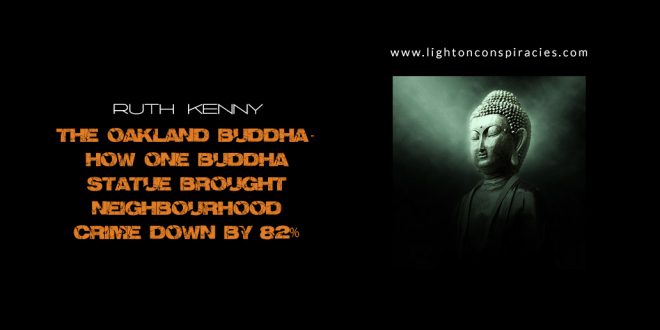 A non-religious man in Oakland managed to virtually eliminate neighborhood crime with nothing more than a statue of Buddha bought from a local hardware store.

The neighborhood of 11th Avenue and East 19th Street was formerly a rough part of Oakland, riddled with a variety of illegal activities ranging from littering and vandalization to drug dealing, robberies, prostitution, and assaults. That is until one local, Dan Stevenson, purchased a 60-cm-tall stone statue of Buddha and placed it on the street corner opposite his home. People were constantly dumping mattresses, couches and other junk there, and all kind of shady characters would hang around, so he figured the statue would be an improvement. But, in this case, calling the effect of the statue an improvement would be a gross understatement.

“I would have stuck Christ up there if he would have kept the mattresses off,” Stevenson jokingly told Oakland North. “Except Christ is so controversial with people. Buddha is a neutral dude. ”

Initially, he had merely hoped that the presence of the figure would bring a sense of serenity to the troubled neighborhood, or, at the very least, make people think twice before littering . What Stevenson certainly didn’t expect was the Buddha statue to create a ripple effect that would result in the utter transformation of his neighborhood.

Posted by Nathaniel Robert Hunt on Sunday, May 8, 2016

First, the littering stopped, much to the delight of most residents, but then something even more remarkable happened – locals started cleaning up the trash that was already there. Drug dealers and prostitutes started migrating away from the area as well, and vandals stopped painting graffiti on walls. Soon, local Vietnamese immigrants in the neighborhood began flocking to the statue, bringing offerings of fruit, garlands, and sticks of incense. Eventually, a neighbor named Vina Vo and her son Cuc Vo approached Stevenson with the request that they could care for the statue, to which he agreed.

First, they built a small platform for the Buddha to sit on and began to maintain the area around him.

“In our religion, Buddha is not supposed to be on the ground,” Cuc Vo told Oakland North.

In time they painted him as well, first just white, but then flesh-colored with a golden robe. The little shrine even has a name plaque that reads “Phap Duyen Tu,” meaning “tranquility.” Every time they want to make a change to the shrine the Vo family approach Stevenson for permission, but he keeps telling them “It’s your Buddha, I’m out of this now.” Nonetheless, he’s always happy to receive a plate of fruit or a Vietnamese delicacy every time he lets them know that they can do whatever they want.

In the time since Stevenson erected the statue, the overall crime rate in the neighborhood had dropped by an incredible 82%. Police statistics showed that between 2012 and 2014 “robbery reports went from 14 to three, aggravated assaults from five to zero, burglaries from eight to four, narcotics from three to zero, and prostitution from three to zero.”

“It’s become this icon for the whole neighborhood,” Dan Stevenson said. “There’s a lot of people that are not Buddhist that really come and just talk in front of him, they walk their dogs, they stand there—it’s a place where people meet and talk. It’s just cool.”

“He’s a popular little guy,” Stevenson continued. “He’s got a Facebook page. He’s got a Twitter account. He’s more connected socially than I am. He’s a great little guy, I guess. But it’s amazing, an amazing thing.”

Previous Our Plastic Waste Can Be Turned Into Homes That Cost Just $280
Next Benny Wills: Creation of Care 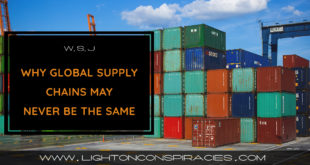 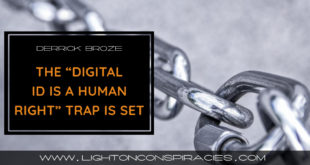