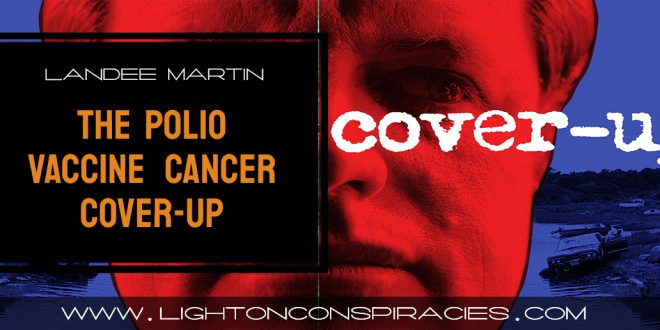 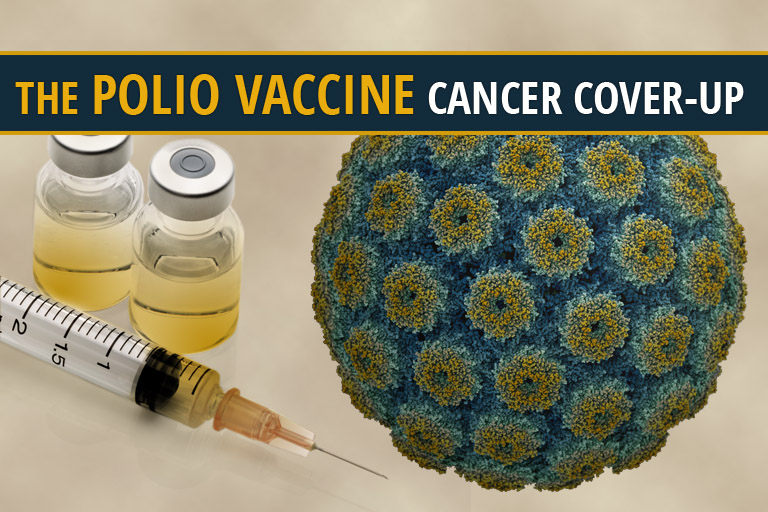 The polio vaccines developed in the 1950s by Jonas Salk and Albert Sabin allegedly eradicated one of the most feared diseases of the 20th century. The media hailed the success of these vaccines as a modern day miracle. However, the polio story has a much darker side that has mostly been kept a secret.

Both Sabin’s live virus vaccine given orally and Salk’s inactivated virus vaccine given by injection were far from perfect. In fact, in 1955 the vaccine used in Berkley, California infected some 200 children, leaving several dead and many paralyzed. Yet this incident proved minor compared to what was later discovered.

In order to grow large quantities of the poliovirus, scientists needed to use Rhesus monkey kidney cells, which carried many different viruses. As a result, their polio vaccine became contaminated with a cancer-causing virus carried by these monkeys. This vaccine was given to almost 100 million people.

The virus found in this particular polio vaccine was SV40, or simian virus. It is present in human tumors, and research has established it to be a contributing factor in the rise of many types of cancer, including mesothelioma, bone, and brain cancer.

When the government became aware of this, it was downplayed for fear the public would stop accepting vaccination. 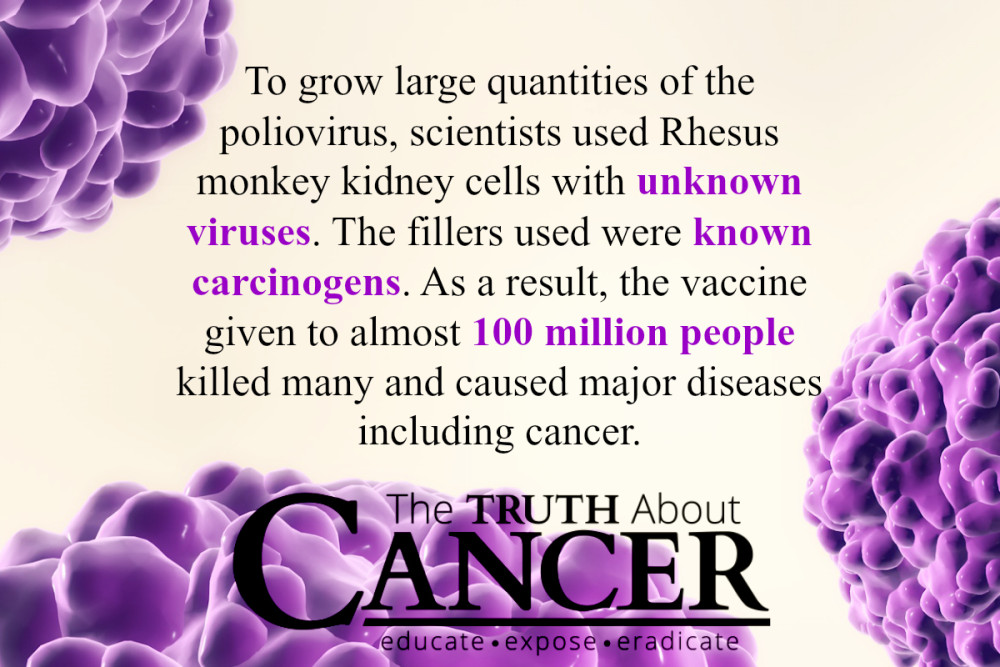 Can the US Centers for Disease Control (CDC) Be Trusted?

At one point, the US Centers for Disease Control (CDC) admitted on its website that the polio vaccine had been contaminated. They later removed this information. (View a snapshot of this removed page at the link below.)

The original report disclosed that more than 98 million Americans received the contaminated vaccine between 1955 and 1963, and explained that SV40 could lead to certain types of cancer. Later this admission was downplayed to state that there was no proof the virus caused the cancers, and since not all doses of the vaccine were contaminated, an estimated 10 to 30 million Americans were all who were at risk.

The CDC repeatedly referred to studies done by two scientists which concluded that SV40 did not cause cancer in humans, only in lab animals.

In 1959, Dr. Bernice Eddy of the National Institutes of Health discovered that the monkey kidney cells used to grow the poliovirus caused cancerous tumors when injected into hamsters. After reporting these findings, Eddy was excused from her job and assigned a new position. Not long after, the pharmaceutical company Merck made the same discovery.

Subsequent in vitro studies in the 1960s demonstrated that SV40 caused brain tumors in animals and transformed normal human tissue into cancerous tissue. It was obvious that governing authorities wanted to keep this information under wraps, and so the SV40 scandal disappeared from the public eye for years.

In the 1990s, a young Italian pathologist named Dr. Michelle Carbone discovered a link between mesothelioma and certain brain, bone, and lymphatic cancers, and the SV40 virus. He tested lung tissue from cancer patients, which revealed the presence of the SV40 virus, and every single one of the hamsters tested with the virus developed mesothelioma and died within seven months.

Carbone published his findings in 1994 in a leading cancer research journal. For the first time, hard evidence showed (and was made public) that the SV40 could cause cancer in humans, and the long forgotten scandal of the 1960s awakened from its slumber.

In 1996, in an attempt to refute Carbone’s research, Dr. Howard Strickler and Dr. Keerti Shah responded with reports saying they could not detect SV40 in human tumors. Interestingly, Merck and Pfizer were paying Shah at the time for consulting, specifically on SV40. Strickler and Shah also both performed their research in pharmaceutical sponsored laboratories.

Later, in 2003, Shah testified before Congress that Strickler compromised a study by interfering with its controls. Strickler had conflicts of interest as he was a consultant/advisory board member for Merck and GlaxoSmithKline.

Supposed Regulations Do Not Solve the Problem

After numerous studies showing SV40 was cancer causing, weak regulations were put into place. Shockingly, the Division of Biologics Standards (DBS) of the National Institutes of Health (NIH) did not order a recall of any of the contaminated polio vaccines. They continued to distribute contaminated vaccines to an unsuspecting public until 1963. Finally, new federal regulations were put in place that required vaccines to be tested for SV40.

These new regulations required a waiting period of 14 days to see if the virus was growing before making the vaccine. However, it was later discovered that a slower growing form of the virus, which took 19 days to appear, could have been in the approved vaccines. Therefore, millions more people potentially received contaminated vaccine all the way through the 1990s because of these inadequate testing guidelines.

Cancer has risen exponentially since the 1960s, and by 2002 there were 61 reports from 49 different laboratories across the world suggesting an increased incidence of certain cancers caused by SV40.  The British journal The Lancet revealed SV40 was responsible for over 25,000 cases of non-Hodgkin’s lymphoma each year. By 2003, 60 more labs had been identified which demonstrated a connection to the SV40 virus and cancer.

Dr. Randy Tent, DC, ND, PhD, a highly renowned alternative doctor, reported at a health conference in 2013 that “one out of 200 people will have cancer directly caused by SV40.”

Even Though Some Things Never Change, YOU Can

The response of the CDC to the SV40 scandal mimics their current denial of the autism-vaccine link. It appears the CDC selectively chooses which science they would like to follow when it comes to their covert vaccine agenda. Most often their “science” of choice comes from pharmaceutical sponsored laboratories, despite the presence of unbiased research proving that many vaccines are not safe.

Most people have received several doses of the polio vaccine throughout their life. With cancer affecting so many, and vaccines distributed so widespread, one must consider vaccines as a contributing factor, especially since they contain known carcinogens and cancer-causing viruses.

Regular cancer prevention needs to include detoxification from heavy metals and other carcinogens. When it comes to vaccines, do your own research. Read all vaccine package inserts and don’t just blindly trust doctors (who have to follow FDA rules) and government agencies such as the CDC whose track record is suspect when it comes to protecting the public.

Could there be a polio vaccine cancer connection?  Do you trust the CDC? What are your thoughts and please share this important article with your friends and family.