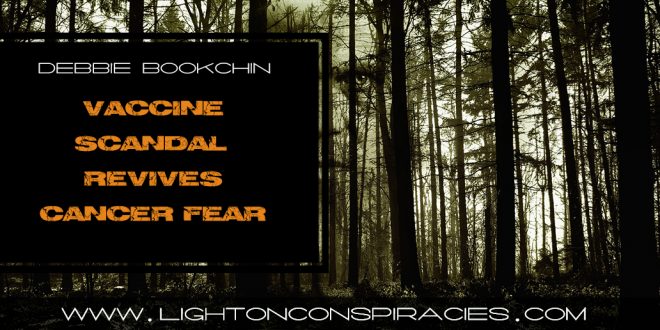 Many millions more people than previously thought might have been given polio vaccine contaminated with a monkey virus linked to cancer.

It has been known since 1960 that early doses of polio vaccine were widely contaminated with simian virus 40, or SV40, which infects macaque monkeys. Tens of millions of people in the US and an unknown number in other countries, including the UK, Australia and the former Soviet Union, may have been exposed prior to 1963.

The contamination occurred because the kidney cells the vaccine virus was grown in came from monkeys infected with SV40. Health officials say the problem was eliminated after 1963.

Now Michele Carbone of Loyola University Medical Center in Chicago has announced results that suggest the Soviet polio vaccine was contaminated after 1963, possibly until the early 1980s. “Is there infectious virus? The short answer is, yes,” Carbone told the Vaccine Cell Substrate Conference 2004 in Rockville, Maryland, last week.

The vaccine was almost certainly used throughout the Soviet bloc and probably exported to China, Japan and several countries in Africa. That means hundreds of millions could have been exposed to SV40 after 1963.

The consequences of exposure to the virus (which is not related to HIV in any way) are unclear. There is evidence is that some of the people given contaminated vaccines were infected by SV40, and that such infections might lead to the development of certain rare types of cancer many years down the line. But the link with cancer has neither been proved, nor shown to be false.

“There are two scenarios,” says Philip Minor of the National Institute for Biological Standards and Control in the UK. “One is that it doesn’t matter. The other is that it does.”

Minor found three samples of the Soviet oral polio vaccine from the late 1960s in the NIBSC’s freezers, the only samples known to survive from this time. In 1999, he found they tested positive for SV40, whereas British samples from this period did not. “But we did not draw any broad conclusions,” Minor says.

Now Carbone has carried out further tests. He has confirmed the presence of SV40 in the Soviet vaccine samples using three separate tests. In two of the samples, he also showed that the SV40 remained infectious. In the third sample, there was no infectious poliovirus either, an indication that the sample of the live vaccine may have degraded.

Yet the production process was supposed to ensure that if any SV40 was present, it would be neutralised. When Carbone tested the Soviet neutralisation method, which relied on magnesium chloride, he found it was only 95 per cent effective. Because of this, he believes the Soviet vaccine could have remained contaminated until the early 1980s. In 1981, the Soviet Union switched to a polio vaccine seed provided by the World Health Organization that was free from any SV40 contamination.

Carbone, the first to publish evidence of a link between SV40 and the deadly lung cancer mesothelioma (New Scientist print edition, 21 May 1994), will not discuss his results further until they have been published.

Officials from the US Food and Drug Administration who attended the conference also declined to comment, as the FDA is a defendant in lawsuits alleging that the SV40-contaminated polio vaccine used in the US has caused cancer cases.

Hilary Koprowski of Jefferson University in Philadelphia, who created one of the first polio vaccines, says he is not surprised that the magnesium chloride preparation did not work. “Nothing inactivates something 100 per cent,” he said. “I would believe there were still remnants [of SV40] left.”

The contamination of the Soviet vaccine highlights the need for safer methods of growing viruses for vaccines, Koprowski says, something he is trying to tackle by using plant cells. The US stopped using fresh monkey kidneys for polio vaccine in 2000. But the vaccine is still made in this way in several other countries.

“I would say that it suggests that [old] vaccines made in different countries should be examined for possible contamination,” says Janet Butel of Baylor University College of Medicine in Houston, a leading SV40 expert.

“In any epidemiological studies where they’re comparing exposed versus non-exposed, if in fact there was any contaminated vaccine used after 1963, the control group wouldn’t be a control group.”

Konstantin Chumakov of the FDA Center for Biologics Evaluation and Research, says that Carbone’s findings leave many unanswered questions. For example, he said it is not clear from the labelling of the samples found at the NIBSC exactly when they were used in the Soviet Union or for how long.

Chumakov, whose father was director of the Soviet Institute of Poliomyelitis Research during the time of the contamination, says he was told that at one point the Soviet Union was supplying more than 100 countries with its vaccine.

He travelled to Moscow in April 2004 to try to learn more about the production and testing of the Soviet vaccine. But he found no more vaccine samples from that era, and very little surviving documentation about specific batches and why they might have been contaminated. “It’s hard to explain how it happened,” he says, “but it obviously did.”