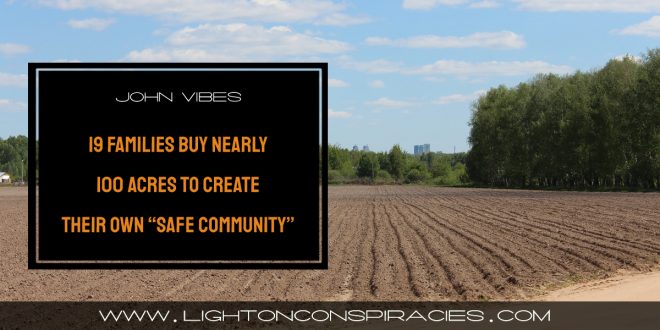 19 families calling themselves the “Freedom Georgia Initiative” have purchased nearly 100 acres of land and are planning to create a small community in rural Georgia, which they say will be a safe space for Black people. The community will be located about 130 miles south of Atlanta and is about 97 total acres in size.

The plan began a few weeks ago when Renee Walters called her friend Ashley Scott and told her that the rural town of Toomsboro was for sale. Scott is a real estate agent, so she began looking for listings in the area.

“It was just such a beautiful piece of land. It was affordable, and it just made sense that we could create something that would be amazing for our families,” Scott said told CNN.

The women had been considering creating a safe community like this as an answer to the violence that black people face from police and racists, especially in places like Georgia.

“So, watching our people protesting in the streets, while it is important, and I want people to stay out in the streets, bringing attention to the injustices of black people. We needed to create a space and a place where we could be a village again, a tribe again,” Walters said.

The two women then began reaching out to family and friends to see who would want to get involved and there was plenty of interest.

They say that while their community will be a safe place for Black people, it will not be exclusively Black.

Supporters of the community reportedly drove to the land from all over the country on Labor Day weekend for a “Big Black Camp Out.”

Now that the property is purchased, the Freedom Georgia Initiative plans to start building farms, facilities for recreation, and even a lake for fishing. Eventually, they hope to expand the area into a fully operational city.

“By being able to create a community that is thriving, that is safe, that has agriculture and commercial businesses that are supporting one another and that dollars circulating in our community. That is our vision, to be able to pass this land down to my children and to the children that are represented by each of our 19 families as a piece of legacy,” Scott said.

Jessica Gordon Nembhard, author of Collective Courage: A History of African American Cooperative Economic Thought and Practice and professor of community justice at John Jay College, said that this idea is actually fairly common throughout history.

“We have a very long history of doing cooperative economics, economic cooperation, creating our own communal towns. More recently, we’ve been establishing community land trust, which actually give official land ownership to the community,” Nembhard said.