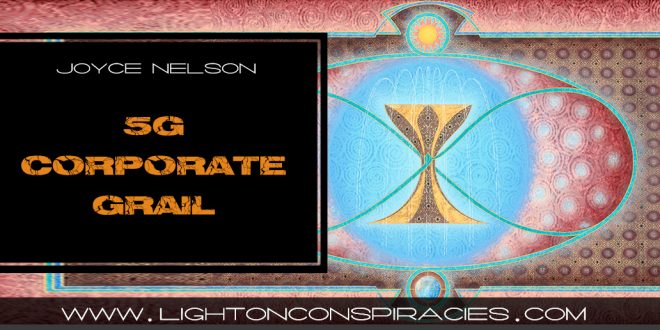 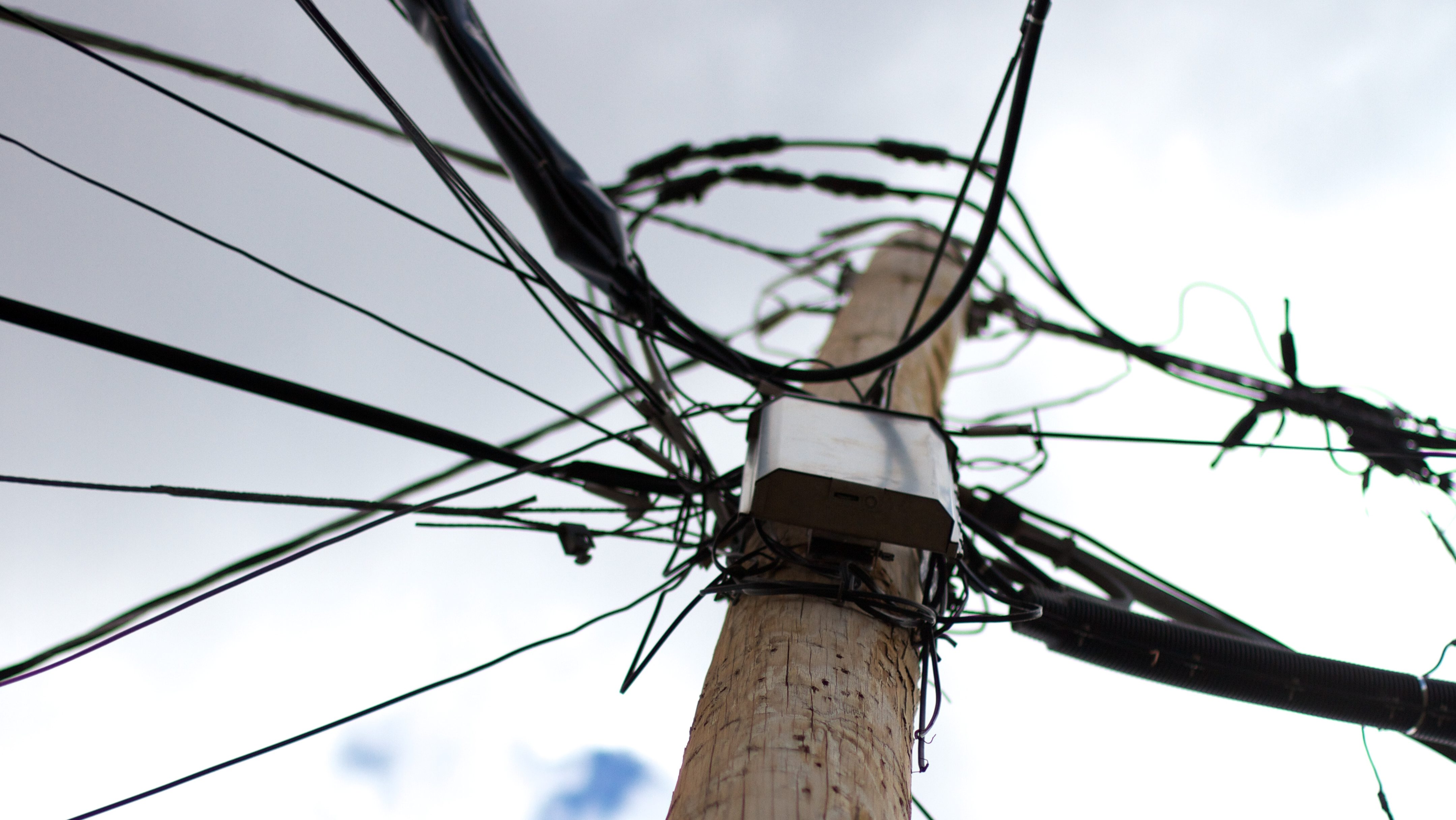 There’s a lot of hype about 5G, the fifth-generation wireless technology that is being rolled out in various “5G test beds” in major cities including Vancouver, Toronto, Ottawa, New York, and Los Angeles. But it’s hard to see why we should be excited. Proponents talk about the facilitation of driverless vehicles and car-to-car “talk,” better Virtual Reality equipment, and, of course, “The Internet of Things” (IoT) – the holy grail of Big Tech that is just vague enough to sound sort of promising.

But when it comes to specifics, there seems to be a lot of hot air in the IoT bag.

Then there is the 5G proponent who enthused to CBC News (March 19, 2018) about “augmented reality headsets” being replaced by “a pair of normal looking glasses,” which everyone would be wearing in 10 years. Those glasses would “automatically recognize everyone you meet, and possibly be able to overlay their name in your field of vision, along with a link to their online profile.”

Apparently, the future human will be too brain-addled to make a grocery list or remember the names of acquaintances… which may not be the image that 5G proponents are hoping for.

“There are thousands of published studies that show that even low levels of microwave radiation do cause a biological effect.”

Amidst all the 5G hype, it’s rare to find a blunt statement like this one from Eluxe Magazine’s Jody McCutcheon: “Until now mobile broadband networks have been designed to meet the needs of people. But 5G has been created with machines’ needs in mind, offering low-latency, high-efficiency data transfer…. We humans won’t notice the difference [in data transfer speeds], but it will permit machines to achieve near-seamless communication. Which in itself may open a whole Pandora’s box of trouble for us – and our planet.”

Many scientists would say that box of trouble has already been opened by earlier wireless technologies, which emit health-endangering electromagnetic radiation. As Josh del Sol Beaulieu, creator of the documentary Take Back Your Power, told me by email, “There are literally thousands of published studies that show that even low levels of microwave radiation do cause a biological effect.”

In fact, in March of this year, the scientific peer review of a landmark US National Toxicology Program study on mobile phone radiation and health found that there is “clear evidence” that radiation from mobile phones causes cancer – specifically, a heart tissue cancer in rats, and “some evidence” of cancer in the brain and adrenal glands.

“One key player has not been swayed by all this wireless-friendly research: the insurance industry…. ‘Why would we want to do that?’ one executive asked with a chuckle before pointing to more than two dozen lawsuits outstanding against wireless companies demanding a total of $1.9 billion in damages.”

But as Mark Hertsgaard and Mark Dowie reported in The Guardian (July 14, 2018), “Not one major news organization in the US or Europe reported this scientific news.” They attribute that silence to the power of the Cellular Telecommunications and Internet Association (CTIA) and the whole wireless industry, which for decades “has been orchestrating a global PR campaign aimed at misleading not only journalists, but also consumers and policymakers about the actual science concerning mobile phone radiation.”

They have used the same “doubt-creation” strategy used by the tobacco industry and the oil industry: fund friendly research to make it seem like the scientific community is truly divided on issues like smoking or climate change.

But, as Hertsgaard and Dowie note, “One key player has not been swayed by all this wireless-friendly research: the insurance industry.” In their reporting for the story, they found “not a single insurance company that would sell a product-liability policy that covered mobile phone radiation. ‘Why would we want to do that?’ one executive asked with a chuckle before pointing to more than two dozen lawsuits outstanding against wireless companies demanding a total of $1.9 billion in damages.”

Recently, 236 radiation-research scientists from around the world have signed a petition charging that 5G will be “massively increasing” the general population’s radiation exposure. And it’s not just humans that are endangered by this.

Dr. Joel Moskowitz, a University of California-Berkeley public health professor, told the UK’s Daily Mail (May 29, 2018) that the deployment of 5G “constitutes a massive experiment on the health of all species.”

In order to facilitate faster data-transfer speeds, 5G will utilize millimeter waves (MMWs), smaller waves accessed through a higher frequency of the electromagnetic spectrum not previously used by the telecom industry. These smaller waves cannot travel far, nor can they penetrate many types of materials. So this means that there will need to be millions of “small cell towers” (about the size of a refrigerator) close together – within a few feet of one another on every street.

Dr. Moskowitz warns that these millimeter waves can affect the eyes, the testes, the skin, the nervous system, and the sweat glands.

Eluxe Magazine’s Jody McCutcheon states that the higher-frequency MMW bands “give off the same dose of radiation as airport scanners. The effects of this radiation on public health have yet to undergo the rigours of long-term testing.”

Adding to the dangers to the planet, 5G infrastructure will depend on the deployment of thousands of satellites propelled into orbit by hydrocarbon rocket engines, contributing to atmospheric pollution.

An Oct. 27, 2016 article in The Ecologist titled “Wireless pollution ‘out of control’ as corporate race for 5G gears up” states: “The long-term, ecological implications of our new, anthropogenic radiation are not known. But peer-reviewed studies revealing harm to birds, tadpoles, trees, other plants, insects, rodents and livestock, offer clues.”

Given that he called 5G “a massive experiment on the health of all species,” I asked Dr. Moskowitz whether the mainstream media had expressed interest in this perspective. He replied by email, “Although I have been interviewed hundreds of times by journalists since 2009 about cell phone health effects, there has been little interest in 5G,” with only three publications in the past two years showing interest in the new technology’s health effects.

When asked why there is such a rush to deploy 5G, Dr. Moskowitz responded that the telecom companies in the US “have convinced policymakers and the public that we are in a global race with China and other countries to deploy this new technology, and that we won’t reap the economic benefits unless we are the first to deploy.” As well, the industry claims that we need 5G for the Internet of Things and to “improve broadband internet access in rural areas,” although such claims are “arguable.”

Josh del Sol Beaulieu told me that the rush into 5G is because of “corporate profit – ‘tens of billions of dollars of economic activity’ as stated very clearly by former FCC [US Federal Communications Commission] frontman Tom Wheeler in 2016.”

Beaulieu refers to the fact that surveillance is becoming big business. “If the data harvested unlawfully from ‘smart’ meters will be worth much more than residential electricity, than what will the unparalleled amount of ‘user data’ harvested by ultra-invasive 5G technology be worth?” Beaulieu also mentions the fact that 5G “emits the same frequencies that are used in crowd control weapons” developed by the Pentagon.

People are becoming aware of the “dirty” side to their gadgets: the horrendous conditions of the coltan miners in the Democratic Republic of Congo; the mounting e-waste; the social and personal implications of our addictions to these devices. More recently, the connection to climate change has been revealed.

As tech site Gizmodo has explained, “The Internet works because every network is connected, somehow, to every other. Where do those connections physically happen? More than anywhere else in America, the answer is ‘Ashburn’ [Virginia].” This location is one of many data-hubs in that state where, as U.S. News put it, “Twenty-four hours a day, seven days a week, hundreds of thousands of servers here rapidly transmit E-mails, process Internet search queries, safeguard classified data, handle online financial transactions, and store videos and medical records. And suck up megawatts.”

Calling these massive data servers “energy hogs,” U.S. News noted that they’re located in Virginia because that state has “the country’s cheapest electricity rates.” Indeed, The Guardian reported (July 17, 2018) that “70% of the world’s online traffic” is routed through just one county in Virginia, with such server farms “set to soon have a bigger carbon footprint than the entire aviation industry.” The article  points out the IT industry is predicted to account for 14% of the world’s total carbon emissions by 2040, with the Internet of Things adding greatly to that number.

But now the push is on in the US for these energy hogs to use “clean energy.” (Is that why the Trudeau Liberal government is planning to build 118 hydroelectric dams in the coming years?)

Beaulieu suggests we educate our city councillors to resist the 5G build-out. Others recommend staying wired, and refusing to buy any “smart” appliances. With the Canadian government poised to auction off more of the electromagnetic spectrum to the telecom industry, we can also remember that the spectrum is part of the Commons. We should all have a say in this.