Afghanistan’s First Female Rapper: “If I Stay Silent, Nothing Will Change” 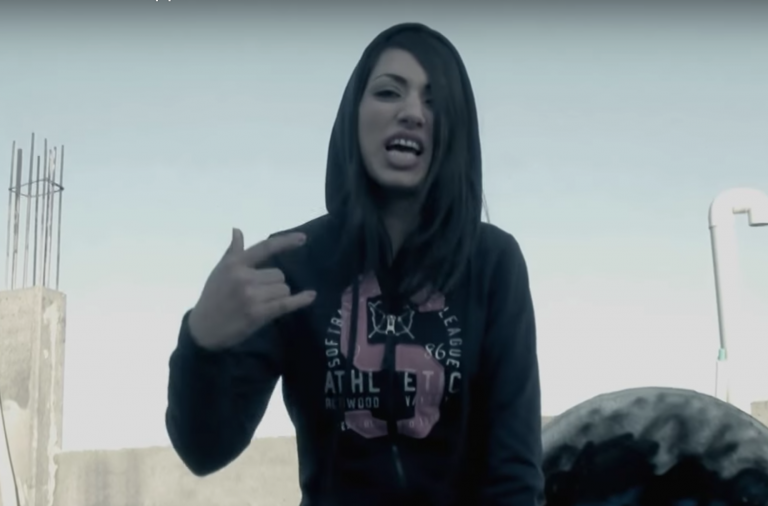 Paradise Sorouri is no stranger to controversy. Originally born in Iran, Paradise is Afghanistan’s first female rapper, a remarkable honor that has attracted death threats and brutal physical assaults. According to the Guardian, Paradise was “forced to flee her country twice, received more death threats than she can count and was brutally beaten by 10 men on the street and left to die.”

Intrigued by her story, the Mind Unleashed decided to check in with her so that she can further explain who she is, her experiences and ultimately her music, which has attracted so much persecution, particularly in her home country of Afghanistan.

Paradise is a staunch believer in women’s rights, children’s rights, and spreading love all around the world. She founded her band, 143BandMusic, with her fiancé Diverse, both of whom were born in Iran. The two of them have been singing together since 2008. However, according to Paradise, her and her fiancé were forced to leave Iran to Herat, their mother-town in Western Afghanistan.

“There are two different regimes in both countries for sure,” Paradise told me. “In Iran, it’s ruled based on the Government and for sure freedom of speech and all manner of political activities such as singing, and so many other things are controlled directly by government.”

“However, in Afghanistan it is almost the same but there are some tribal and local rules as well. Mullahs have direct control of the district and neighborhoods as well.

“We also realized that people of Iran, those that they are seeking freedom are mostly in danger of government actions but in Afghanistan there are also people who will control the situation and govern other people and take matters into their own hands, too.” She added.

Paradise recalls that on one particular occasion in Afghanistan back in 2009 in Herat city, she was surrounded by ten men on motorcycles who began beating her with wooden rods. Onlookers urged them to kill her. This is precisely what she is referring to when she acknowledged that in Afghanistan, locals regularly take matters into their own hands based on what they perceive as being correct and moral behavior.

Paradise has no doubts that it is her music and lifestyle which has prompted some people in Afghanistan to act so violently towards her.

“Music is the Language that has no border; it can easily travel around the world. In a small community it will have a direct influence on the audience,” she says.

According to Paradise, music is a vital communication tool for reaching the hearts and minds of people, both young and old.

“Hip Hop is the language of the street and people easily understand what the message behind it is. You can choose a topic and talk about it on a beat and people would listen to that to get the message. It’s easier to communicate that way, especially to our own people. There are a lot of problems such as: not being accepted from some parties and people, a lack of security, lack of freedom to make whatever and however music you want, and especially not being supported from the local media in Afghanistan, but however we do believe that music will change the mentality of people and overcome the negative pulses in the society and love will prevail.”

Paradise is personally honoured to be the one to take on these traditional taboos and begin an Afghan hip hop revolution to empower the people.

“Beside the threats that we have received, we also receive a lot of positive messages encouraging us to keep on and continue what we are doing. We also receive messages telling us our music inspired their father to allow them to freely decide to study at university or even prevent forced marriages. We do receive messages from ladies who wrote to us how they too can rap and we give them some guidance as well.”

The troubles facing Paradise’s passion for music are endless and go far beyond that of dealing with death threats and assaults.

“It’s not an easy job, especially when you see your only supporter is YouTube and Facebook and even your national TVs are not broadcasting your art. But we never give up and continue and follow our dream. A dream of equal life for everyone, regardless of gender and religion, colour or ethnicity; in a peaceful atmosphere.” She explains.

Despite this, Paradise’s passion is her music and she is committed to endeavouring to spread her message of human rights and peace. She believes education to be the most fundamental basic human right for everyone, particularly for young women to have the same equal rights to education as men.

“Some families will dress their daughter as a boy so she can get educated but not only for education, we have seen and been taking care of some girls back in Afghanistan who were dressing like a boy and working on streets (selling flowers or cleaning cars) so they wouldn’t be sexually harassed even at the ages of 6 to 10! This is horrifying but there are a lot of things happening in Afghanistan that people couldn’t even imagine.” She detailed further.

It is for this reason that Paradise and her fiancé have dedicated entire songs to standing up for girls’ rights to education, encouraging families and the government to stand up for education rights for girls in Afghanistan.

To date, Paradise believes her most important song to be “Tragedy of Life.”

“We do believe that music tastes are different in different parts of the world. However, musicians also have a big effect on people and their normal life. Rebellion musicians would definitely feel upset about what is happening to music. Not only about one specific person but also about most music on the air.” She stated.

“Our wish is that our readers will pay more attention for the sake of humanity.”

Much of the daily content we publish is notable to us for various reasons. Having said that, the views and opinions expressed in this content, (articles, videos or any other content), are those of the authors and do not necessarily reflect the opinions of the authors of this site. As always, please do your own research. Please do not believe what you are told. Take what you like, and leave the rest.
Previous 20,000 Satellites for 5G to be Launched Sending Focused Beams of Intense Microwave Radiation Over Entire Earth
Next The Raw Deal: Dr. Kathrine Horton and Ole Dammegard