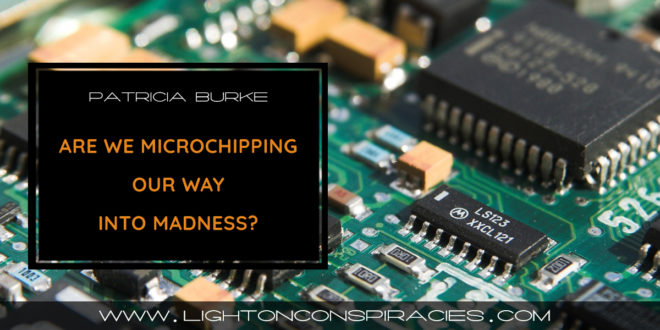 Are We Microchipping Our Way Into Madness, Menstrual Problems, Miscarriages, And Other Maladies? 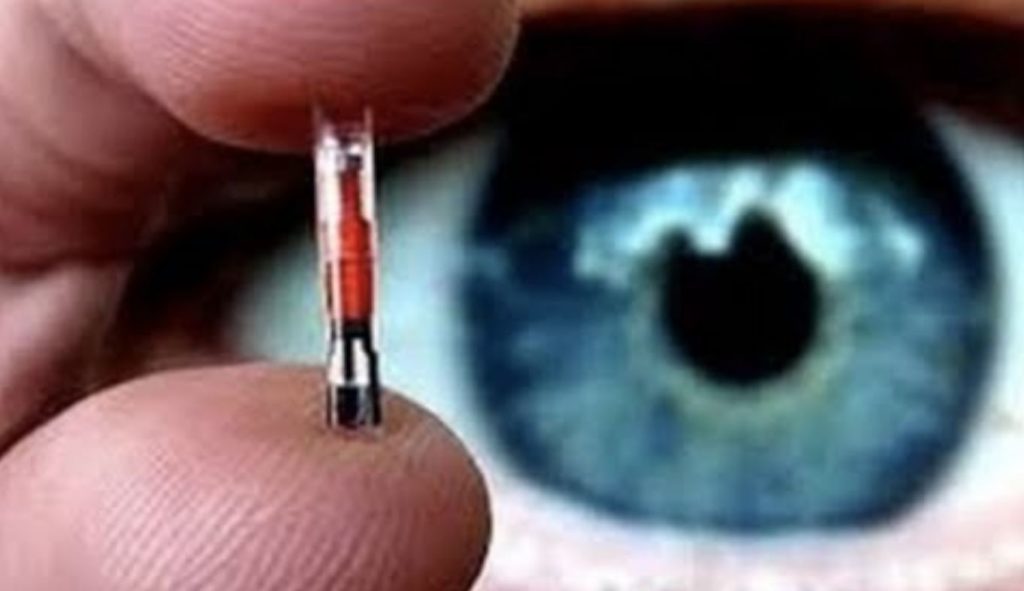 Social media in Sweden is reportedly flooded with pictures of individuals being microchipped in the crook of the hand between the thumb and the index fingers. Swedish corporations are now implanting their workers with microchips. Employees are taking to social media and posting the surgical procedure photos.

Swedish medical staff surgically implants the chips into the area between the thumb and index finger. The goal is to offer Swedes more convenience in everyday life. Earlier this month, we reported that U.K. companies are beginning to ask that their employees be micro chipped similar to the Swedes.

Many Swedish companies ask employees to voluntarily sign up for a microchip implant. And workers are accepting the offers and volunteering to have the procedures done. Of course, one must consider the ramifications of such “volunteer-based” micro chipping. I’ll get to that in a bit.[1]

In this image we can see the microchip protruding from, we suspect, Wuerthner’s skin. (seriously, this is baffling).[2] Rather than fumbling through a handbag for an ID, or worrying about someone stealing an identification badge, it will be so convenient to just wave one’s hand to an RFID reader to enter a building, or perhaps one day to buy a cup of coffee.

Will it be worth the convenience?

Acupuncture is a practice that spans back several thousand years, and acupuncture tells us that cutting the hand along the 4th point Large Intestine meridian to insert an RFIC chip is probably a very bad idea.

Traditional Chinese medicine has outlined the therapeutic applications of stimulating LI4 via acupuncture or acupressure, for example by using pressure, needling, or heat (moxa) either via self-care or under the care of a skilled practitioner. We do not have any evidence that randomly stimulating the meridian point will not cause harm. And in fact It is likely that cutting the point and then inserting an RFID chip will be a form of what TCM would deem an “insult” to that energy system.

We don’t’ have any evidence that the practice of microchipping the hand is safe because we are deploying technologies right and left that have not been pre-market safety tested.

In 1991, hikers discovered the frozen remains of a murder victim know as Otzi.

Otzi was discovered in 1991 by hikers in the Otzal Alps on the border of Austria and Italy. He had been preserved in a glacier and has been the subject of research for the last 20 years

Otzi the Iceman had a total of 61 tattoos during his life 5,300 years ago, new scans have revealed, supporting the theory they served as a very early form of acupuncture.

Published in the Journal of Cultural Heritage, researchers used “multispectral photographic imaging techniques” that were capable of seeing previously unknown tattoos the mummy had. 
While “researchers have been studying Otzi” since 1991, the United States hasn’t formally researched radio-frequency exposure safety limits since 1996, not due to lack of evidence of harm, but due to financial interests.

The promise of the World Wide Web is that we can access the collective intelligence of the planet instantaneously, through the Internet.

The reality is that the knowledge that could help steer us back into balance is being ignored in favor of the rush to fuel the investment market, regardless of the cost to human health and the environment.

5,000 years from now, if someone discovers one of those micro-chipped Swedish employees with an RFID chip frozen for posterity, will they suspect that it was a tool to control slaves?

Because as PrepForThat’s Editor Jim Satney concluded in his article,

This is an absolute, undeniable case of employees exchanging their privacy for the perception of increased convenience. And it can’t end well, because ultimately it never does. This redistribution of power from common citizens to corporations and government entities is a dangerous slippery slope.[4]

It may be far more dangerous that any of us can even imagine.

The technology that supports all of this wireless communication is causing tremendous harm.  This picture should make us all cringe, because it’s a disaster ready to unfold, and we have an inborn body intuition that tells us to repel danger. The intelligence that created the tattoos on Otzi 5,000 years ago and that was codified into Chinese Medicine by the ancients is housed in each of us, and it is our birthright to reclaim it. “Do Not Needle During Pregnancy.”

Without the integrity of this wisdom informing the decisions that are being made about our technologies, from 5G, to IOT to smart meters, to autonomous vehicles, to Fitbits, to virtual reality, to RFIDs, we don’t have a prayer.

Patricia Burke works with activists across the country and internationally calling for new biologically-based microwave radio frequency exposure limits. She is based in Massachusetts and can be reached at [email protected].