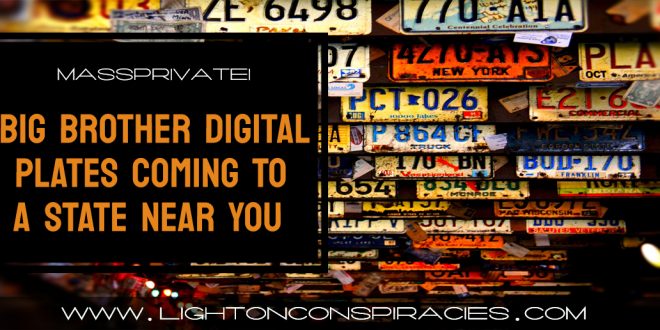 Big Brother Digital License Plates Coming To A State Near You 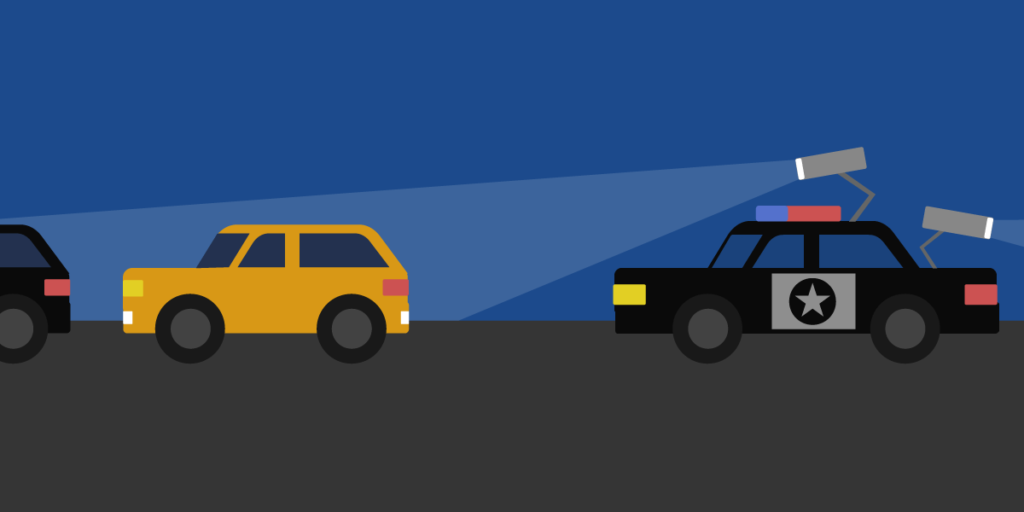 Michigan became the second state in the country to roll out the world’s first digital license plate.

According to an article in The Car Connection, the state of Michigan just approved Reviver Auto’s digital license plates called the “Rplate.”

Reviver Auto boasts that a total of five states have already approved their digital license plates.

Our innovative, multi-functional digital license plate, the Rplate Pro, will be on the road in California, Florida, Arizona and Texas in 2018. (Source)

George Orwell could never have dreamed of a world where license plates became a tool for more government surveillance.

Digital license plates are a privacy nightmare for motorists.

Digital license plates are the epitome of Big Brother surveillance

According to an article in WIRED, Rplates will turn vehicles into rolling Big Brother billboards that display Amber Alerts and much more.

It lets you update the registration stickers on your car through an app instead of dealing with the DMV. It can display Amber Alerts. It can be used as a miniature, knee-level billboard. If someone steals the car, it can read $NDHLP! or the more serious Stolen Vehicle. It can double as your E-Z Pass, FasTrak, or whatever RFID-based device you use to pay tolls. It can track your car’s location, so you can keep tabs on your teenager.

According to Reviver Auto, motorists have to pay a $99 annual subscription fee and a monthly $8.00 LTE fee for the privilege of being surveilled.

Who does not want to pay for the privilege of having a license plate that tracks your every movement and displays government approved messages?

But that is not all digital license plates can do.

The true purpose of using digital license plates that track your whereabouts is corporate greed.

The Car Connection article warns that corporations will use digital license plates to send “targeted messaging” to other drivers.

Another feature that may raise eyebrows is targeted messaging, which is a way to display advertisements on the license plate. The plate’s numbers can be minimized to leave more room for an ad when the car is parked. It’s not clear if Michigan would allow vehicle owners to opt into or out of ads, however.

How is that for creepy?  License plates that send targeted advertising based on your location?

Share
Previous Life Accordion To Trump #2
Next Fire The Fed?