Facebook has announced the formation of a new Oversight Board which will be in charge of content moderation on the social media giant’s platform. The new body was known previously and colloquially as the Facebook Independent Supreme Court. This nickname is apt for many reasons. Facebook is not a private company but a quasi-governmental organization, and I use the word ‘quasi’ very generously in this context. Facebook has a background of accepting Military Intelligence seed money. Its suspicious inception date suggests it is a continuation of DARPA’s LifeLog surveillance program. Like many big companies in the corporatocracy, FB has a revolving door at the top, accepting many former government officials (like Nick Clegg quoted below) into senior management positions. Then, there is its cozy relationship with the Atlantic Council, which is in turn funded by the US Government and is connected to NATO. Facebook unveiled the plan for the board which includes giving it the power to moderate all content – including presumably the ability to demote, censor and ban. But how independent will this board be? What does this mean for free speech and censorship?

This Oversight Board will be funded by another body (the Facebook Trust). Initially, Facebook will be doing everything: funding the Trust, choosing the trustees of the Trust and placing all the initial 11 members on the Oversight Board. Independent, you may ask? RT reports:

Facebook insists it is “committed to selecting a diverse and qualified group” – no current or former Facebook employees or spouses thereof, current government officials or lobbyists (former ones are apparently OK), high-ranking officials within political parties (low-ranking is apparently cool), or significant shareholders of Facebook need apply. A law firm will be employed to vet candidates for conflicts of interest, but given Facebook’s apparent inability to recognize the conflict of interest inherent in paying “independent” board members to make binding content decisions, it’s hard to tell what would qualify as a conflict.

Facebook has been under scrutiny and pressure for years now, especially for its disregard and invasion of privacy, as well as its perceived violation of anti-trust law. CEO Zuckerberg even called for Congress to regulate FB. This move is likely an attempt to self-regulate in the hopes that it avoids heavy-handed governmental regulation. Former British politician and now VP Global Affairs and Communications, Nick Clegg, wrote that the “Oversight Board will make Facebook more accountable and improve our decision-making … This charter is a critical step towards what we hope will become a model for our industry.” Is this Facebook Independent Supreme Court yet another attempt (alongside organizations like the Soros-linked International Fact Checking Network, and the Neocon and Atlantic Council-linked NewsGuard) to set up some kind of authoritative body who decides what is true and false, right and wrong, allowed and disallowed for every single online user? Will they begin to ‘rule by precedent’ in banning certain kinds of speech? How much chance will a small average user have to appeal? Here is RT again:

“For now,” only Facebook-initiated cases will be heard by the board – Facebook users will be able to launch their own appeals by mid-2020 … Decisions will not only be binding, but also applicable to other cases not being heard, if they’re deemed similar enough – potentially opening a Pandora’s box of far-reaching censorship.

All the Big Tech giants are trying new ad transparency measures; however, it may mostly be for show, as the article Facebook’s New ‘Supreme Court’ Could Revolutionize Online Speech highlights:

Facebook, Google, and Twitter have all recently unveiled ad transparency measures; meanwhile the proposed Honest Ads Act, which would compel these sorts of disclosures, has made little progress in Congress. This is despite extensive reporting about weaknesses in Facebook’s ad transparency tools. 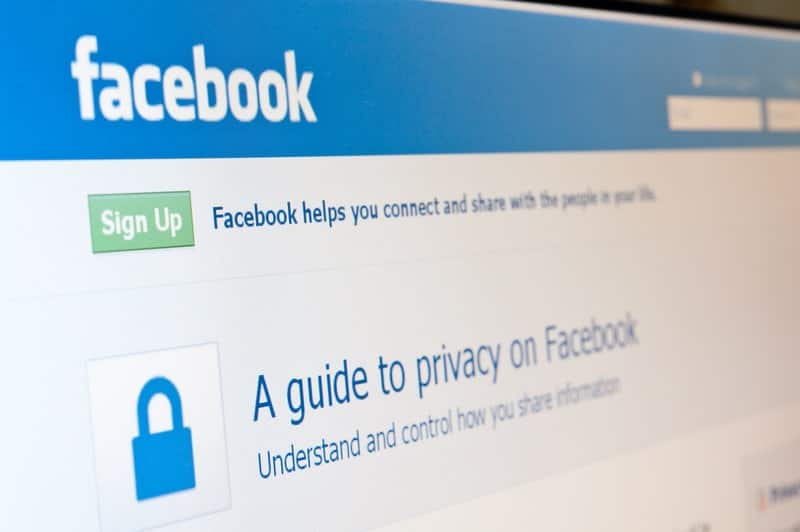 Trying to Shift the Censorship Buck

It would be a PR victory for Facebook if it could blame censorship (or in Orwellian language ‘difficult content moderation decisions’) on an outside and supposedly independent board. The same article describes Facebook’s motivations here:

There is also the user-relations dimension. When Zuckerberg first floated the idea in April, I analogized Zuckerberg’s desire for restraint to the voluntarily segregated hotels and restaurants that counterintuitively supported anti-discrimination legislation during the Civil Rights Movement. They did so because they would earn more profits if they provided their services to everyone, but would pay a social cost in their white communities if they decided to voluntarily stop discriminating. Content moderation decisions on Facebook are hard and any call is likely to upset a proportion of Facebook users. By outsourcing the decision and blame, Facebook can try to wash its hands of controversial decisions.

Facebook has become the data mining and surveillance arm of the New World Order. Zuckerberg called the people ‘dumb fucks’ who handed over their personal information to Facebook early on. Earlier this year, Facebook’s lawyers argued that Facebook users have no “reasonable expectation of privacy.” At one point, Facebook promoted the idea of an internet driver’s license and wanted to be the one to supply unique internet IDs – just to ensure the tracking and tracing of society went even further. There was the 2018 Cambridge Analytica scandal where that company harvested the personal and psychographic data from millions of peoples’ FB profiles without their consent to used it for political advertising. Just recently, smart TVs were caught sending sensitive user data to Facebook. The scandals truly never end for this privacy-destroying, free-speech squashing, military-intelligence-government-linked company. A Facebook Independent Supreme Court? Don’t expect it to be anything other than another tool of censorship and control.

Makia Freeman is the editor of alternative media / independent news site The Freedom Articles and senior researcher at ToolsForFreedom.com. Makia is on Steemit and FB.

Makia Freeman is the editor of The Freedom Articles, a long-time truth researcher and a promoter of freedom. He provides insightful, non-partisan, unique and cutting-edge analysis on who’s running the world, how they’re doing it and what the deeper agenda is – as well as solutions for restoring peace and freedom to the world. He writes articles exposing propaganda and the numerous aspects of the worldwide conspiracy, in addition to geopolitics, sovereignty, health and higher consciousness. His articles are regularly syndicated and featured on sites such as David Icke, Wake Up World, Activist Post, Waking Times, Global Research, The Sleuth Journal and many more.

This article was sourced from The Freedom Articles.

Much of the daily content we publish is notable to us for various reasons. Having said that, the views and opinions expressed in this content, (articles, videos or any other content), are those of the authors and do not necessarily reflect the opinions of the authors of this site. As always, please do your own research. Please do not believe what you are told. Take what you like, and leave the rest.
Previous Chilling Report Reveals that Just a Handful of Mega Corporations Control the Fate of the World
Next Jim Fetzer, What really happened on 9/11: America was Nuked! 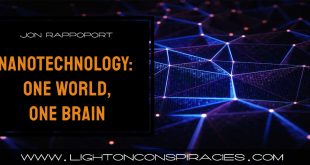