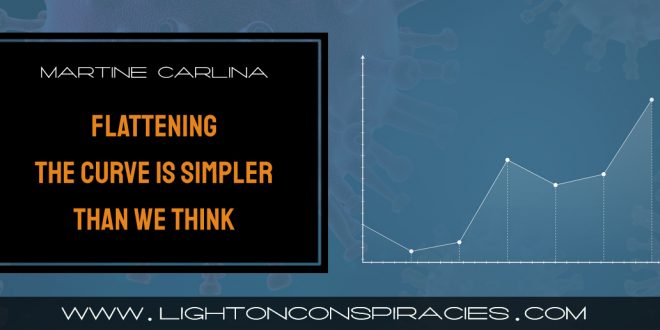 Flattening the Curve is Simpler Than We Think

I have a long history in activism but I never liked the term. In fact I believe that just like the term conspiracy theorist, the term activist was created by the other side to denote our concern as a negative.

I took my activism in another direction early on and parted from the “perceived” negativity to business pursuits that had the ability to manifest tangible change. Change I could witness. Although we have relied on typical forms of activism in the past, the “program” they created actually led to the very compromises and false sense of security that has found us mixed up in this mess. We’re up to our necks this time.

Now that they’ve changed the playing field, it’s up to us to change the game. We need to keep our eye on the ball and expose the reality of our situation. We know this isn’t about a virus and the quicker everyone else figures it out the better. They keep telling us we need to flatten the curve. I say we do what they say and flatten the curve.

It’s actually easier than you think. Let me tell you how.