It’s always gratifying when Big Pharma insiders leave their employers and confirm what we already know as true, and sometimes, they give up even more truth than we bargained for.

What keeps pharmaceutical insiders from becoming whistleblowers is the very real fear of losing a prestigious and lucrative career.  Another real deterrent is the pharmaceutical industry’s propensity to use their resources for stealth retaliation against credible truth-tellers.

The vaccine industry’s control over mainstream media content, with its nearly endless advertising budget, along with the largest congressional lobbying expenditures of all industries, is how Big Pharma maintains power over what we see about drugs and vaccines and over how Congress votes.

Brandy Vaughn, a former Merck sales rep, walked away from her position when she realized Merck had covered up known adverse cardiac side effects from Vioxx, an NSAID prescribed for many types of chronic pain.

Vaccine mandates became law when California legislators passed SB 277 and Governor Jerry Brown signed it into law in 2015. SB277 eliminated Californian’s right to the long philosphical exemption, prohibiting children from attending public and private schools unless they were fully vaccinated or had a medical reason to refuse. Currently, SB276 is winding its way through California’s legislative process, attempting to also remove nearly all medical reasons for refusing vaccination.

It was uncovered as far back as 2009 that Merck had created a list of doctors’ names and intended to “neutralize,” or “discredit” them for speaking out against Vioxx. Going after Ms. Vaughn was just another way to intimidate critics into silence. Vaughn has reported that similar tactics were used against her in an attempt to frighten her into silence.

Vaughn tells her tale of corporate intimidation in this video.

Jorge Araujo is a chemist who worked in the pharmaceutical industry for 16 years. He was a supervisor in Merck’s vaccine sterile quality control division from 1997 to 2004.

His journey into the vaccine controversy began when Araujo’s wife, a registered nurse, was pregnant with their first child. Her concerns about vaccine safety were long-standing because her brother had been autistic since he was two. Her family had always suspected he had been vaccine injured as an infant. Araujo became actively involved with his brother-in-law’s care early in their marriage. That’s when autism had become personal for him.

As Araujo reviewed the published literature on vaccines, he realized vaccine safety studies were scant and worse, poorly designed. One example was that the very young, the very old and the immune-compromised were excluded from studies designed for safety, but vaccines were recommended for everyone in these groups once the vaccine was approved. He also found it glaringly obvious that real placebos (inert substances) were not used and deceptive language was used to lower the perception of adverse events.

Araujo asked specific questions at Merck supervisory meetings and received only superficial and duplicitous answers. At that point, he and his wife decided not to vaccinate. None of his four children have ever been vaccinated and all four are robustly healthy.

Araujo has become an outspoken critic of the industry’s safety claims and misapplied claims about herd immunity. In July 2019 Del Bigtree, the producer of the film “Vaxxed”, interviewed Araujo on The HighWire – be sure to watch this interview!

Like most people, Scott Cooper grew up believing in vaccines. While he was a sales representative for Merck, he stumbled upon a negative vaccine report that made him skeptical. He then began his private investigative research on vaccines.

In 1991, when his wife became pregnant, Cooper convinced her not to vaccinate by encouraging her to do her own research. Cooper said to her,

“I’ll go to the library. I’ll bring home everything I can find pro-vaccine and anti-vaccine. You can read for yourself and make a decision. (…) I actually found a very small stack of information that was pro-vaccine and yet I came home with boxes full of books and articles that were anti-vaccine. I just gave them to her and let her come to her own conclusions….I would come home from work [at Merck] and she would be reading the stuff and crying from what she was reading. By the time our child was born we were both on the same page about not vaccinating …”

“If you believe what you’re told by the AMA and the CDC and your doctor, you’re not doing enough research.”

In 2002, investigative journalist and creator of the site NoMoreFakeNews, Jon Rappoport, interviewed a retired vaccine developer who refused to disclose his real name, what vaccines he had helped develop, and where he had worked to “protect his privacy and his pension.” He added how he knew a vaccine researcher who was continually harassed by his former employer for disclosing information that could threaten vaccine sales.

This scientist confided to Rappoport that at the beginning of his career, he was gung-ho about vaccines, firmly believing the propaganda that vaccines safely conferred immunity.

When Rappoport asked, “What turned you around?” the retired insider explained that a close friend’s child had died immediately after a vaccination. That event motivated his own independent research into vaccines. What he found unraveled his indoctrination regarding vaccine safety and efficacy.

In the interview, the former vaccine researcher explained the difference between how our natural immune system protects us and why injecting vaccine antigens and toxic additives never works to prevent infection. He explained why “Vaccinations are more like playing Russian Roulette with your health.

When Rappoport asked, “If vaccines actually do harm, why are they given?” the former vaccine insider answered:

“First of all, there is no “if.” They do harm. It becomes a more difficult question to decide whether they do harm in those people who seem to show no harm….As to why they are given, (…) Money, fear of losing a job, the desire to win brownie points, prestige, awards, promotion, misguided idealism, unthinking habit, and so on.

But, at the highest levels of the medical cartel, vaccines are a top priority because they cause a weakening of the immune system. I know that may be hard to accept, but it’s true. The medical cartel, at the highest level, is not out to help people, it is out to harm them, to weaken them…..A man who occupied a high government position in an African nation told me that WHO [World Health Organization] is a front for these depopulation interests. There is an underground …network of people [that] knows what is going on. They know that vaccines have been used, and are being used, to destroy their countries, to make them ripe for takeover by globalist powers.”

This scientist alluded to vaccines have been used as a major weapon for the depopulation agenda. As evidence, there have been discoveries of vaccination programs targeting young women with hidden anti-fertility drugs in the Philippines, Mexico, and several African nations.

Beyond vaccines being laced with anti-fertility drugs, there are high rates of disabling chronic diseases and deaths from vaccines in First-world nations where vaccination schedules are expanded, promoted, and even enforced, as Robert F. Kennedy, Jr. explains here.

The consistent theme here is that all four investigators changed their mind about vaccines when they did their own research and stopped blindly believing in the propaganda of the medical industry and the pharmaceutical companies. Hopefully, these honest and courageous stories will inspire you to do your own investigation into the vaccine literature.

As Mr. Cooper said, the Tenpenny Research Library is a good place to start.  You will also find that vaccines offer neither individual nor herd immunity, and instead of providing protection, vaccines weakened immune systems and lead to allergies, a long list of chronic disease including autism, and can even cause death. The life you save may be your own.

Paul Louis is an independent health journalist who understands the moniker “Medical Mafia” is more appropriate for Big Pharma and modern medicine than most realize.

Much of the daily content we publish is notable to us for various reasons. Having said that, the views and opinions expressed in this content, (articles, videos or any other content), are those of the authors and do not necessarily reflect the opinions of the authors of this site. As always, please do your own research. Please do not believe what you are told. Take what you like, and leave the rest.
Previous The doctor fighting poverty by prescribing money
Next Samtal med Ole Dammegård – Hemliv, spiritualitet, chemtrails & arbete. Del 1 av 2 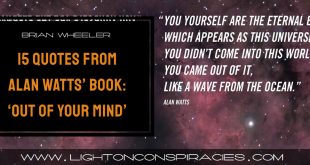 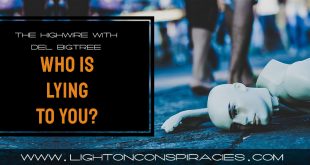 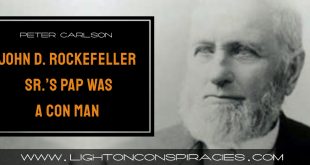