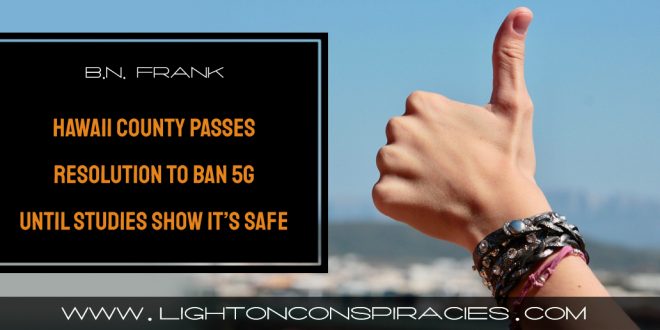 In 2019, telecom executives gave U.S. congressional testimony that they have NO scientific evidence that 5G is safe. This is one of many reasons why American opposition to 5G continues to increase.

State representatives in Hawaii have introduced a bill to ban deployment until studies show that it’s safe. Hawaii County Commissioners introduced a resolution to ban it for the same reasons and it has now been passed.

American opposition to deployment is not limited to biological and environmental risks (see 1, 2) due to increased radiation emissions. Federal agencies have warned that it can threaten national security, public safety, and weather forecasting accuracy. Engineers have warned that 5G can overheat base stations. 5G base stations use 2-3X more energy to operate than 4G base stations as well. 5G will also generate enormous amounts of e-Waste which experts say we have too much of already and that 82% of it isn’t being recycled.

All this for faster internet?