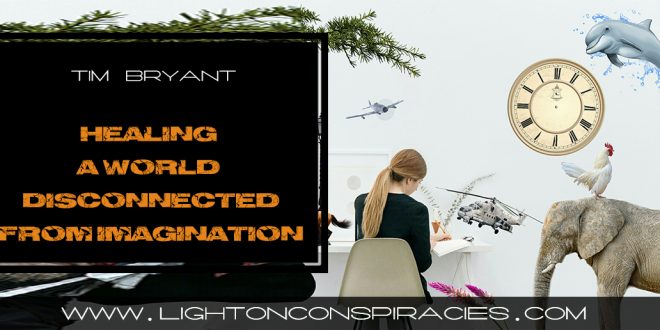 Healing A World Disconnected From Its Imagination 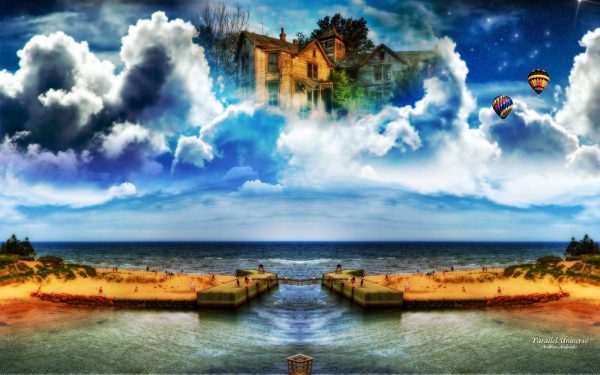 As the world continues to awaken to the true nature of reality, the frequency of real truth gets stronger and stronger amongst the collective consciousness. The longer this journey goes on, the closer it gets to identifying the root causes of what’s fundamentally wrong with today’s world. While the alternative media often discusses all the things broken in the system and they ways in which the masses are controlled, we don’t often talk about how we are going to go about changing it for the betterment of humanity.

While this shouldn’t take away from the importance of identifying problems, the truth is that problem-analysis only brings about any real difference if we are willing and able to come up with tangible solutions that are then put into action. Although there are many solutions that can be discussed, it seems that one thing stands out above all else when it comes to changing the world. That solution is none other than pure imagination.

Imagination is authentic mental and physical creation. It is the manifestation of something not previously there, either by creating something new or connecting points previously disconnected. This is in direct opposition to something that is fixed or controlled, whereas the idea is already considered whole or complete, so the mind perceives that there is no more value that can be added. Whole or complete concepts cease to exist as areas in which the imagination can wonder.

Some people might ask why is this so important when there are so many direct problems that need to be addressed. Albert Einstein best sums up the reasoning behind the importance of imagination when he was quoted as saying, “We can’t solve problems by using the same kind of thinking we used when we created them.” What is so profoundly important about this statement is that it demonstrates that we have to cultivate the appropriate mindset, such as having an open and curious mind that is full of knowledge, before we can go about solving any problem. It does no good having a bunch of people ready to take action, if those actions are misguided due to old, faulty thought patterns. This only leads to dead ends, which force people to start over or even worse, become discouraged and quit.

It’s pretty fair to assume that the people in control know that cutting off the circulation of people to their imagination is absolutely vital to maintaining dominance. This is well documented, being that we know the people at the upper echelons of power are very well versed in the occult. Many are none other then black magicians, who create a reality for people to buy into. The elite gain power by designing systems that benefit themselves, while the public buys in without knowing the system is against their very interests. This is rampant all over society today, as people continue to believe in systems that have little to no benefit to them.

When you present a system to people which you have built and control, the last thing you want is for people to start seeing through the illusion and imagining something else. It’s imperative to keep their minds in a box, constantly running in circles with the same thought patterns. To counter this, the black magicians make their created reality so real that they even place levers of change within the system to give the appearance that change is possible within their design. However, the reality is that the system is very much rigged in their favor, despite how the illusions might appear. People have simply fallen victim to believing in this reality, often uttering the phrase “that’s just the way it is.” Though in reality, people just cannot imagine a different world, and those who do are seen as taboo.

However, this can change anytime we want it to. The first and most important step is for people to reconnect with this core function of imagination that is present within us all. This is our direct connection to the universe and its infinite possibility. In fact, human society wouldn’t have grown into what it is today, if it were not first imagined into existence by someone.

We need to literally create new systems that are not there, yet are waiting in the infinite void of all possibility to be tapped into. This means starting new ideas within your own mind and starting new systems within your local environment. It’s about creating a new monetary system for economic transactions because you know that the current monetary system isn’t the only possibility. It’s about building new systems of power because you know the current one is only powerful because we buy into it. This means taking direct actions to starve the beast, that is our current system, because there is the self-confidence that you can create something better. We are not dependent upon the system. We just think we are because we lack the confidence and creativity in our imagination to envision something better.

It’s time to break the mold and challenge what we originally thought to be concrete. Things are not fixed and can change at anytime. It really just comes down to our perception of reality. As I have learned from my own journey, once you start manifesting this imagination within yourself, the world around you literally starts to change and the pieces begin to fall right into place. It might not be exactly as you had planned out, but that’s the entire definition of imagination, the manifestation of paths that were not previously there.

The law of the universe is love, and imagination is the universes way of speaking to us directly. We simply have to learn how to tap into this voice and listen to it. The world is changing and the old ways are beginning not to work anymore. This makes it ever important that we envision something new and better, rather than reverting back to previous designs. We always complain about history repeating its self, yet somehow do not realize that we are simply reverting back to old ways of thinking that lack imagination.

This is the foundation of all change; manifesting something new that was not previously there before. The external environment is powerless to strong imagination, no matter how developed the external controlling system is. The only thing stopping us is the limitations we place upon our own mind. However, if we can let them go, we will transcend this world and bring about something far more beautiful and just. This is something undoubtedly that we all want, now we just have to have the confidence that we can create it. There are no rules; the possibilities are endless.

An avid free-thinker, Tim Bryant has set out on a mission in search of the truth in whatever form it may come. Ever since his awakening several years ago, his passion for knowledge and justice has led him on a journey into deep research, cultural travel, and complete expansion of the mind. Tim feels as if the information freely flowing into the hands of the public, due to the dawn of the Internet, cannot be stopped at this point, so he has made it his goal to help facilitate and breakdown this complex stream of information, so that others can accelerate their own awakening and be part of the inevitable change happening in society.