How Government Became the Chief Violator of Property Rights 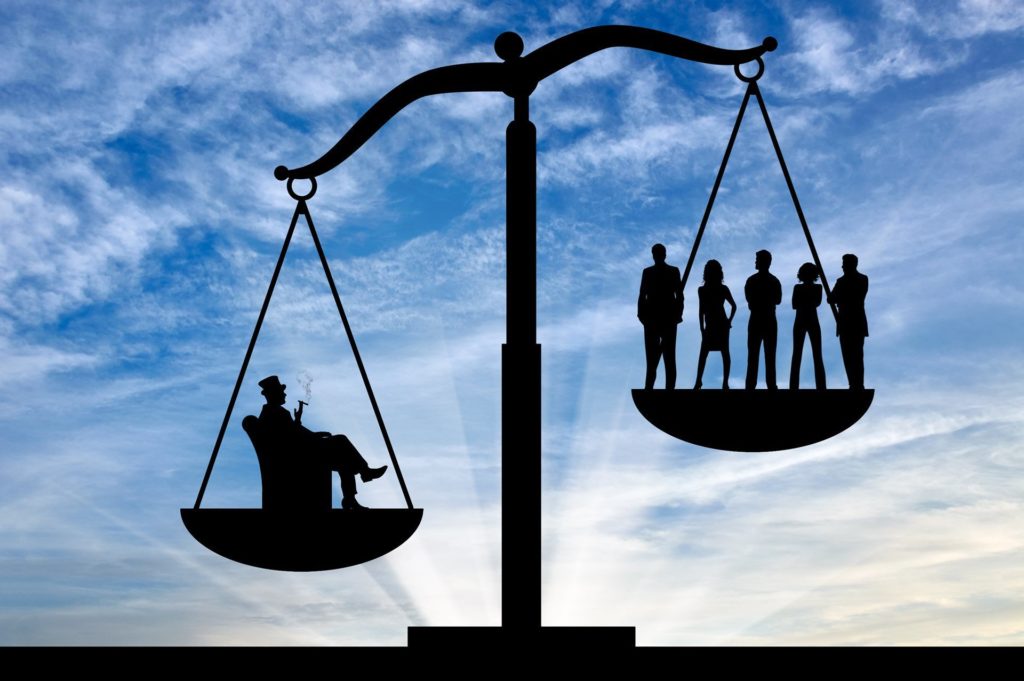 Governmental violations of personal property rights drive much of the resentment, anger, and division we witness in America today.

In 1925, President Calvin Coolidge famously said that the “chief business of the American people is business.” Today, however, this could be reworded as “the business of the American people is redistribution.” And government redistribution of income and wealth—violations of personal property rights—is tearing apart the social fabric of the country.

The figure below shows transfers and federal taxes by household across income quintiles. The lower three quintiles receive far more in government transfers than they pay in taxes. Only the top two quintiles pay more in taxes than they receive in transfers, effectively subsidizing the bottom groups. This pattern is no accident; rather, it is a deliberate strategy by those favoring larger, more powerful government. The goal is to make Americans increasingly reliant on government transfers and less self-sufficient with a large and growing segment of the population who “vote for a living” and a shrinking segment who work for a living. Much of the division in America today reflects this redistributive dynamic.

Hidden within the lower three quintiles is another important dynamic uncovered by John F. Early. After adjusting for transfers and taxes, there is an astonishing degree of equality among the bottom 60 percent of Americans in spendable income. As noted by Phil Gramm and Robert B. Ekelund Jr. in the Wall Street Journal:

Hardworking middle-income and lower-middle-income families must have recognized that their efforts left them little better off than the growing number of recipients of government transfers. . . . [I]t is easy to see how a middle-income husband and wife who both work could resent that people who don’t work are about as well off as they are.

Over time, the unfairness leads Americans to view political investments (campaigning, voting, lobbying, crony capitalism, rent-seeking in general) as increasingly attractive compared to investing in themselves through education and on-the-job training or investing in their businesses through new plant, equipment, and R&D. At the individual level, a transfer mentality creates welfare dependency and weakens entrepreneurial initiative.

In 1935, President Franklin Roosevelt foreshadowed the dependency problem associated with welfare transfers: “Continued dependence upon relief induces a spiritual and moral disintegration fundamentally destructive to the national fiber. To dole out relief in this way is to administer a narcotic, a subtle destroyer of the human spirit.” Indeed, since the dot-com bust of 2001, transfer income has increased relative to market income in every quintile.

Governments at all levels, through redistribution programs, have become the chief violator of personal property rights in America: taking income and wealth from one person and handing it to another while destroying the human spirit and social cohesion along the way.

James Madison wrote in 1792, “[It] is not a just government . . . where the property which a man has in his personal safety and personal liberty is violated by arbitrary seizures of one class of citizens for the service of the rest.”

By Madison’s definition, governments at all levels in the United States are unjust. Governmental violations of personal property rights drive much of the resentment, anger, and division we witness in America today.

This article was reprinted from the Independent Institute and sourced from FEE.org

Lawrence J. McQuillan is a Senior Fellow and Director of the Center on Entrepreneurial Innovation at the Independent Institute.

Much of the daily content we publish is notable to us for various reasons. Having said that, the views and opinions expressed in this content, (articles, videos or any other content), are those of the authors and do not necessarily reflect the opinions of the authors of this site. As always, please do your own research. Please do not believe what you are told. Take what you like, and leave the rest.
Previous Marty Leeds Mathemagical Radio Hour – Wolfgang Halbig
Next Captain Dan Hanley 9/11 Whistleblower vs ALPA, United Airlines and the FAA