Wolfgang Halbig and Professor James Fetzer have teamed together to organize a class-action law suit for the truth on the February 14 mass shooting at Marjory Stoneman Douglas High School in Parkland, Florida.

Here’s the description on the lawsuit’s website, Truth Be Told:

The immediate goal for TruthBeTold is to provide information to participate in various ways for a class action lawsuit regarding the Marjorie Stoneman Douglas (MSD) school shooting. If you have questions regarding the official narrative – WE NEED YOU. Before evidence is destroyed, before witnesses capitulate, before the 2nd Amendment is infringed, we need to act under an organized authority and quickly.

There are many ways to help and one can participate in as many categories as they would like. You do not have to donate to be part of this class action, although any donation is appreciated.

This is Truth Be Told’s statement on the class-action lawsuit’s goals:

Think it is illegal for the Government to lie to you?  Think again –

The Smith-Mundt “Modernization” Act allows the U.S. Government to use propaganda to be disseminated to Americans to change their opinion.  The original act prevented propaganda being distributed to the American public to influence them.  So, the question remains what is propaganda – false information, deception, staged events, etc.?  What happened to the government telling the truth to Americans?  When “Weapons of Mass Destruction” were announced as a pretext to go to war with Iraq and then revealed that there were none – was that propaganda to wage war?

We all know the power of the pen and so does the Government.  That is why they are launching a $40,000,000 million-dollar propaganda offensive.    Why is it becoming more difficult to question any event or criticize policies?  Don’t people in a free society have a right to the truth to formulate their own opinions?  One of TruthBeTold underlying goals is to champion this belief.

On a long-term basis, we need an organized, unrentless, enduring organization that will NEVER be controlled by the opposition. We would like to cooperate with other groups in forming an alliance to promote a free society.  Other organizations have influence and have provided an avenue to have their voices heard.  We would like to establish the same avenue to shape our future.

Other goals under TruthBeTold include:

For more on the Smith-Mundt Modernization Act of 2012, go here.

To sign up for the class-action law suit, go here.

Fetzer just informed me in an email that the site isn’t yet set up to receive donations. So hold off donating until I get the word from him.

Fellowship of the Minds
“In a time of universal deceit, telling the truth is a revolutionary act.”
Please take a moment to support Ole on Patreon!

Much of the daily content we publish is notable to us for various reasons. Having said that, the views and opinions expressed in this content, (articles, videos or any other content), are those of the authors and do not necessarily reflect the opinions of the authors of this site. As always, please do your own research. Please do not believe what you are told. Take what you like, and leave the rest.
Previous Florida Activist Who Fought Release of GM Mosquitoes Found Dead in Hotel Pool
Next The Next Great Scientific Revolution Is Upon Us… 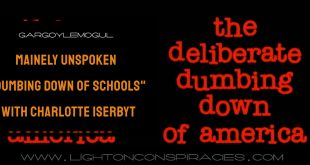 ﻿﻿Mainely Unspoken “Dumbing Down of Schools” with Charlotte Iserbyt 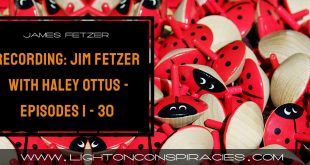 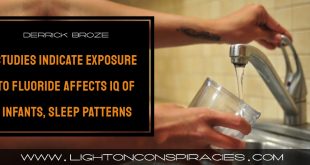