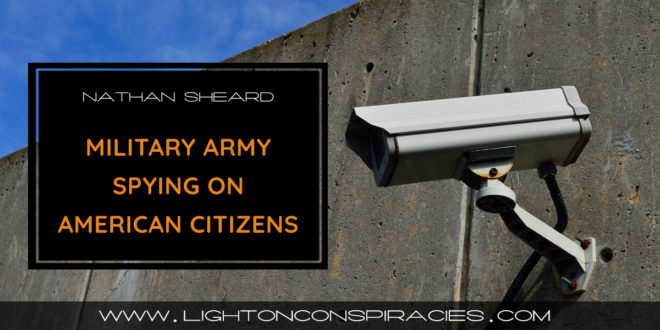 9/11 and the “War on Terror” accelerated domestic spying on American citizens. This has continued unabated for decades now and Newsweek has just broken that the Pentagon is operating an army of 60,000 undercover military, contractors, and civilian agents operating both domestically and abroad maintaining fake identities to fight online and real life threats. — Truth Unmuted Editor Jesse Smith

(Newsweek) – The largest undercover force the world has ever known is the one created by the Pentagon over the past decade. Some 60,000 people now belong to this secret army, many working under masked identities and in low profile, all part of a broad program called “signature reduction.” The force, more than ten times the size of the clandestine elements of the CIA, carries out domestic and foreign assignments, both in military uniforms and under civilian cover, in real life and online, sometimes hiding in private businesses and consultancies, some of them household name companies.

The unprecedented shift has placed an ever greater number of soldiers, civilians, and contractors working under false identities, partly as a natural result in the growth of secret special forces but also as an intentional response to the challenges of traveling and operating in an increasingly transparent world. The explosion of Pentagon cyber warfare, moreover, has led to thousands of spies who carry out their day-to-day work in various made-up personas, the very type of nefarious operations the United States decries when Russian and Chinese spies do the same.

Newsweek’s exclusive report on this secret world is the result of a two-year investigation involving the examination of over 600 resumes and 1,000 job postings, dozens of Freedom of Information Act requests, and scores of interviews with participants and defense decision-makers. What emerges is a window into not just a little-known sector of the American military, but also a completely unregulated practice. No one knows the program’s total size, and the explosion of signature reduction has never been examined for its impact on military policies and culture. Congress has never held a hearing on the subject. And yet the military developing this gigantic clandestine force challenges U.S. laws, the Geneva Conventions, the code of military conduct and basic accountability.

The signature reduction effort engages some 130 private companies to administer the new clandestine world. Dozens of little known and secret government organizations support the program, doling out classified contracts and overseeing publicly unacknowledged operations. Altogether the companies pull in over $900 million annually to service the clandestine force—doing everything from creating false documentation and paying the bills (and taxes) of individuals operating under assumed names, to manufacturing disguises and other devices to thwart detection and identification, to building invisible devices to photograph and listen in on activity in the most remote corners of the Middle East and Africa.

Special operations forces constitute over half the entire signature reduction force, the shadow warriors who pursue terrorists in war zones from Pakistan to West Africa but also increasingly work in unacknowledged hot spots, including behind enemy lines in places like North Korea and Iran. Military intelligence specialists—collectors, counter-intelligence agents, even linguists—make up the second largest element: thousands deployed at any one time with some degree of “cover” to protect their true identities.

The newest and fastest growing group is the clandestine army that never leaves their keyboards. These are the cutting-edge cyber fighters and intelligence collectors who assume false personas online, employing “nonattribution” and “misattribution” techniques to hide the who and the where of their online presence while they search for high-value targets and collect what is called “publicly accessible information”—or even engage in campaigns to influence and manipulate social media. Hundreds work in and for the NSA, but over the past five years, every military intelligence and special operations unit has developed some kind of “web” operations cell that both collects intelligence and tends to the operational security of its very activities.

Share
Previous Community Control of Police Spy Tech
Next The Largest Human Trials Ever Carried Out!