Breaking News
Home / 1. Free Content / Offended By What Someone Said? Now You Can Report Them To Law Enforcement

Offended By What Someone Said? Now You Can Report Them To Law Enforcement Soon free speech will be a thing of the past in paranoid America.

Watch what you say, because the person sitting next to you could be reporting you to law enforcement. Gone are the days when Americans were unafraid to voice their opinions or make snide comments in public. Because DIGIT Labs will turn smartphones into bias reporting devices.

According to a PHYS.org article, DIGIT LAB’s new app allows strangers to report someone for exercising their First Amendment rights.

The first of its kind, the app accepts reports beyond crimes captured in police records. Users from around the country can document all incident types, from derogatory epithets written in bathrooms to slurs yelled from a car window in addition to violent assaults.

This app will make swearing at a fellow motorist or flipping someone off: hate speech.

Where in our Constitution does it say that it is acceptable to report someone who has not committed a crime?

Since 9/11, Homeland Security has tried to turn the entire country into homegrown spies with their “See Something, Say Something” campaign that essentially does the same thing as DIGIT LAB’s Hate Reporting app. If someone sees something or sees someone acting suspiciously, they are encouraged to report it to law enforcement.

“The major problem we’re dealing with is that hate crimes are so underreported, not only to police, but from police to the federal government,” said Emily Nicolosi, researcher, and Richard Medina, professor of geography. (Nicolosi helped develop the app.)

Creating a national blacklist of people who use derogatory epithets and slurs will turn this country into a mirror image of China.

“We’d like to see it used nationally to get better hate incident statistics, and to understand why, how, and where people are active in hateful incidents, and how that offends or hurts people,” said Medina.

Although the PHYS article claims that all reporting is confidential and anonymous, the amount of detailed information a person is asked to provide would make it easy for law enforcement to identify someone. 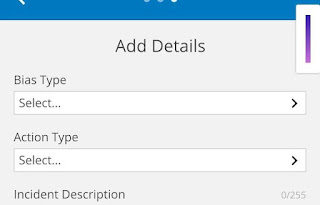 The “Hate Incident Reporting” app asks users to submit their location a photo or video of the so-called bias incident. It also asks them to classify it “out of multiple types of bias: religion, disability, gender, identity, race, ethnicity, sexual orientation and other.”

Handing pictures, videos and detailed descriptions of someone or something that offended them, will turn law enforcement into speech police.

Apps designed to report people because someone is easily offended will have a detrimental effect on free speech.

What makes this app and DHS’s See Something, Say Something program so disturbing is how it encourages people to report on one another.

If history is any indicator, it won’t be long before we find these apps bundled onto tomorrow’s smartphones.

With each passing year, one thing has become painfully obvious, America is moving closer and closer to adopting China’s social credit score.

Much of the daily content we publish is notable to us for various reasons. Having said that, the views and opinions expressed in this content, (articles, videos or any other content), are those of the authors and do not necessarily reflect the opinions of the authors of this site. As always, please do your own research. Please do not believe what you are told. Take what you like, and leave the rest.
Previous Huggies Now Selling Smart Diapers With Bluetooth Sensors Even Though Radiation Exposure From Them Isn’t Safe for Babies
Next Top 5 “Conspiracy Theories” That Turned Out To Be True 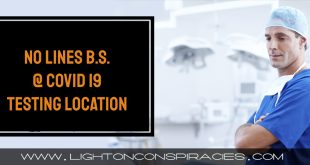