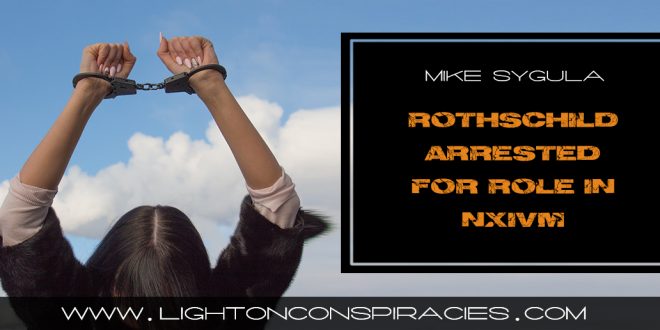 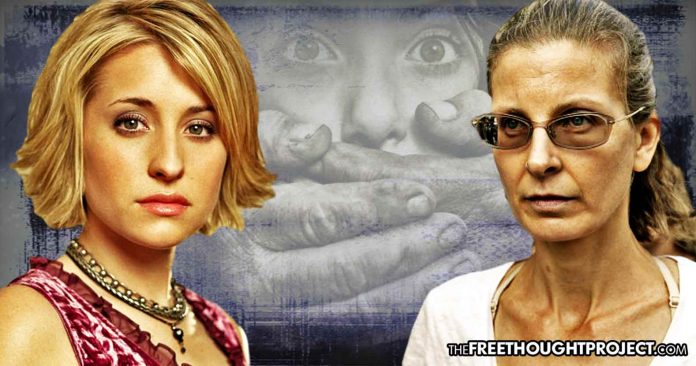 Billionaire heiress Clare Bronfman was indicted on racketeering charges in federal court on Tuesday connected to her involvement as Operations Director for the NXIVM sex cult.

Bronfman is the heir to the multi-billion dollar liquor fortune of Edgar Bronfman Sr, the billionaire philanthropist who was formerly head of Seagram.

Additionally, Nancy Salzman, her daughter Lauren and NXIVM bookkeeper Kathy Russell were also accused of a racketeering conspiracy in the new superseding indictment in the case.

“As alleged in the superseding indictment, for over a decade, Keith Raniere was the leader of a racketeering conspiracy in which he and members of his inner circle committed a  broad range of serious crimes from identity theft and obstruction of justice to sex trafficking, all to promote and protect Raniere and NXIVM,” said US Attorney for the Eastern District of New York Richard Donoghue in a statement’

“As alleged, this long-running conspiracy crossed multiple avenues of criminal activity, which included, among other things, electronic monitoring; identity theft; extortion; victim smuggling; and illegal trafficking of a victim after a period of unlawful confinement,” said Sweeney.

After her court appearance on Tuesday, Bronfman walked free after agreeing to wear an ankle monitor and posting $100 million in bail. Bronfman is not accused of sex trafficking.

While she’s not accused of sex trafficking like the group’s leaders Keith Raniere and Allison Mack, Frank Parlato, a former NXIVM publicist-turned-whistleblower told the New York Post that Bronfman is among the harshest leaders in the organization.

“She’s the enforcer—the brutal one. Clare’s running the [operation] now, and she’s the most ruthless of them. I’m issuing an absolute warning now. Clare Bronfman is a true fanatic, and if there’s a Jim Jones situation, everyone will commit suicide but her.” Parlato said.

The Daily Mail reported that “Bronfman has hired Susan R. Necheles, one of the top white-collar attorneys in the country, to handle her case.”

As TFTP  reported on April 27, the majority of the funding for NXIVM, over a reported $150 million, came from the trust funds of Seagram heiresses, Sara and Clare Bronfman:

Their involvement with Raniere allegedly began in 2002 and has been very public and controversial, with other members of the Bronfman family distancing themselves from the sisters in the press. The Bronfman family has very close ties to the Rothschild banking dynasty, with members of both families belonging to many of the same companies, including their joint financial firm, Bronfman & Rothschild.

Additionally, at least three high-ranking members of the organization, including Nancy Salzman and the Bronfman sisters, are members of Bill Clinton’s foundation, the Clinton Global Initiative, which requires an annual $15,000 membership fee.

With the four indictments on Tuesday, on top of the May indictments of cult leader Keith Raniere and his alleged first in command Allison Mack, a total of six Nxivm member have been indicted.

Although this extremely important detail is being left out of most mainstream reports, one of the main charges in the criminal indictment against Raniere and Mack is sex trafficking of children.

Although Bronfman has not been accused in the alleged child sex trafficking case, according to a press release from the U.S. Attorney’s Office:

Raniere and Bronfman conspired to commit identity theft arising out of a scheme to obtain the e-mail usernames and passwords of perceived enemies and critics of Raniere in order to monitor their electronic communications.

Raniere and Bronfman participated in an identity theft conspiracy involving the use of credit card and banking information belonging to one of Raniere’s sexual partners after her death in November 2016. Bronfman sent Raniere regular emails documenting expenses charged to the woman’s credit card for Raniere’s “review and approval.” Those expenses included payments to a chiropractor for Raniere’s benefit, as well as thousands of dollars’ worth of clothing and shoe purchases for the mother of Raniere’s child.

Bronfman encouraged and induced the illegal entry into the United States of an alien for Bronfman’s financial gain, engaging in international wire transfers to make it fraudulently appear that the victim had the financial resources to obtain an investor visa.

Raniere and his inner circle, including the defendants Clare Bronfman, Allison Mack, Nancy Salzman, Lauren Salzman and Kathy Russell also known as “Prefect,” and others known and unknown, comprised an organized criminal enterprise (the “Enterprise”).

The principal purpose of the Enterprise was to obtain financial and personal benefits for the members of the Enterprise by promoting the defendant Keith Raniere, also known as “Vanguard,” and by recruiting new members into the Pyramid Organizations.

By promoting Raniere and recruiting others into the Pytu-id Organizations, the members of the Enterprise expected to receive financial opportunities and increased power and status within the Enterprise.

Clare Bronfman released a statement in December, regarding the allegations against NXIVM, denying any impropriety:

The past few months have been deeply painful for me, as I have seen my friends, associates, and the organization I care for come under fire. Some have asked me why I remain a member and why I still support NXIVM and Keith Raniere. The answer is simple: I’ve seen so much good come from both our programs and from Keith himself. It would be a tragedy to lose the innovative and transformational ideas and tools that continue to improve the lives of so many.

There have been many defamatory accusations made and I have taken them seriously. Determining the truth is extremely important to me, and I can say firmly that neither NXIVM nor Keith have abused or coerced anyone.

I retired from a very successful career as a professional show-jumper because I wanted to do something more meaningful with my life. NXIVM is that. As I said, the programs help. I am happy, healthy and financially more successful than I have ever been. I frequently hear and witness stories of individuals improving relationships with loved ones, achieving business goals they never imagined, and overcoming some of the most debilitating conditions, amongst other things.

My experience with Keith is no different. I have witnessed his kindness even in the hardest of times, I have seen world leaders, business leaders, doctors and others seek his counsel on some of the hardest topics and I am inspired by the humility and compassion with which he approaches them all. I know him to be a man dedicated to the betterment of the lives of others, and most importantly for me, he is a dear friend who has and continues to help me through the difficult decisions and painful moments in my life, including my father’s illness and eventual death.

Lastly, while I am not and never have been a member of the sorority, I was reassured to hear from one of the leading forensic psychiatrists in the country, and additionally ex-law enforcement investigators of over thirty years, conclude that the sorority has not coerced nor abused anyone. In fact, the sorority has truly benefited the lives of its members, and does so freely. I find no fault in a group of women (or men for that matter) freely taking a vow of loyalty and friendship with one another to feel safe while pushing back against the fears that have stifled their personal and professional growth. It’s not for any of us to judge how they, or anyone else, choose to advance their lives and values.