The Birth of a Monster: The Federal Reserve

The Federal Reserve’s doors have been open for “business” for one hundred years. In explaining the creation of this money-making machine (pun intended — the Fed remits nearly $100 bn. in profits each year to Congress) most people fall into one of two camps.

Those inclined to view the Fed as a helpful institution, fostering financial stability in a world of error-prone capitalists, explain the creation of the Fed as a natural and healthy outgrowth of the troubled National Banking System. How helpful the Fed has been is questionable at best, and in a recent book edited by Joe Salerno and me — The Fed at One Hundred — various contributors outline many (though by no means all) of the Fed’s shortcomings over the past century.

Others, mostly those with a skeptical view of the Fed, treat its creation as an exercise in secretive government meddling (as in G. Edward Griffin’s The Creature from Jekyll Island) or crony capitalism run amok (as in Murray Rothbard’s The Case Against the Fed).

In my own chapter in The Fed at One Hundred I find sympathies with both groups (you can download the chapter pdf here). The actual creation of the Fed is a tragically beautiful case study in closed-door Congressional deals and big banking’s ultimate victory over the American public. Neither of these facts emerged from nowhere, however. The fateful events that transpired in 1910 on Jekyll Island were the evolutionary outcome of over fifty years of government meddling in money. As such, the Fed is a natural (though terribly unfortunate) outgrowth of an ever more flawed and repressive monetary system.

Allow me to give a brief reverse biographical sketch of the events leading up to the creation of a monster in 1914.

Unlike many controversial laws and policies of the American government — such as the Affordable Care Act, the Troubled Asset Relief Program, or the War on Terror — the Federal Reserve Act passed with very little public outcry. Also strange for an industry effectively cartelized, the banking establishment welcomed the Fed with open arms. What gives?

By the early twentieth century, America’s banking system was in a shambles. Fractional-reserve banks faced with “runs” (which didn’t have to be runs with the pandemonium that usually accompanies them, but rather just banks having insufficient cash to meet daily withdrawal requests) frequently suspended cash redemptions or issued claims to “clearinghouse certificates.” These certificates were a money substitute making use of the whole banking system’s reserves held by large clearinghouses.

Both of these “solutions” to the common bank run were illegal as they allowed a bank to redefine the terms of the original deposit contract. This fact notwithstanding, the US government turned a blind eye as the alternative (widespread bank failures) was perceived to be far worse.

The creation of the Fed, the ensuing centralization of reserves, and the creation of a more elastic money supply was welcomed by the government as a way to eliminate those pesky and illegal (yet permitted) banking activities of redemption suspensions and the issuance of clearinghouse certificates. The Fed returned legitimacy to the laws of the land. That is, it addressed the government’s fear that non-enforcement of a law would raise broader questions about the general rule of law.

The Fed provided a quick fix to depositors by reducing cases of suspensions of their accounts. And the banking industry saw the Fed as a way to serve clients better without incurring a cost (fewer bank runs) and at the same time coordinate their activities to expand credit in unison and maximize their own profits.

In short, the Federal Reserve Act had a solution for everyone.

Why Did Clearinghouses Have So Much Power?

Throughout the late nineteenth century, clearinghouses used each new banking crisis to introduce a new type of policy, bringing them ever closer in appearance to a central bank. I wouldn’t go so far as to say these are examples of power grabs by the clearinghouses, but rather rational responses to fundamental problems in a troubled American banking system.

When bank runs occurred, the clearinghouse certificate came into use, first in 1857, but confined to the interbank market to economize on reserves. Transactions could be cleared in specie, but lacking sufficient reserves, a troubled bank could make use of the certificates. These certificates were jointly guaranteed by all banks in the clearinghouse system through their pooled reserves. This joint guarantee was welcomed by unstable banks with poor reserve positions, and imposed a cost on more prudently managed banks (as is the case today with deposit insurance). A prudent bank could complain, but if it wanted to use a clearinghouse’s services and reap the cost advantages it had to comply with the reserve-pooling policy.

As the magnitude of the banking crisis intensified, clearinghouses started permitting banks to issue the certificates directly to the public (starting with the Panic of 1873) to further stymie reserve drains. (These issues to the general public amounted to illegal money substitutes, though they were tolerated, as noted above.)

The year 1857 is a somewhat strange one for these clearinghouse certificates to make their first appearance. It was, after all, a full twenty years into America’s experiment with fractional-reserve free banking. This banking system was able to function stably, especially compared to more regulated periods or central banking regimes. However, the dislocation between deposit and lending activities set in motion a credit-fueled boom that culminated in the Panic of 1857.

This boom and panic has all the makings of an Austrian business cycle. Banks overextended themselves to finance the booming industries during America’s westward advance, primarily the railways. Land speculation was rampant. As realized profits came in under expectations, investors got skittish and withdrew money from banks. Troubled banks turned to the recently established New York Clearing House to promote stability. Certain rights were voluntarily abrogated in return for a guarantee on their solvency.

The original sin of the free-banking period was its fractional-reserve foundation. Without the ability to fund lending activity with their deposit base, banks never would have financed the boom to the extent that it became a destabilizing factor. Westward expansion and investment would still have occurred, though it would have occurred in a sustainable way funded through equity investments and loans. (These types of financing were used, though as is the case today, this occurred less than would be the case given the fractional-reserve banking system’s essentially cost-free funding source: the deposit base.)

In conclusion, the Fed was not birthed from nothing in 1913. The monster was the natural outgrowth of an increasingly troubled banking system. In searching for the original problem that set in motion the events culminating in the creation of the Fed, one must draw attention to the Panic of 1857 as the spark that set in motion ever more destabilizing policies. The Panic itself is a textbook example of an Austrian business cycle, caused by the lending activities of fractional-reserve banks. This original sin of the banking system concluded with the birth of a monster in 1914: The Federal Reserve.

Dr. David Howden is a Fellow of the Mises Institute and Chair of the Department of Business and Economics, and professor of economics, at Saint Louis University at its Madrid campus. He is also Academic Vice President of the Ludwig von Mises Institute of Canada, and the founding editor of the Journal of Prices & Markets. He is the author of over 50 scholarly articles and books, mostly focusing on the business cycle. His latest book, The Fed at One Hundred, co-edited with Dr. Joseph T. Salerno, overviews the Federal Reserve’s history and the theory behind its operations over the last 100 years.

Share
Previous BREAKING! CENSORED VIDEO: Mosque Shooting In NZ Analysis With False Flag Expert Ole Dammegard
Next The relentless attack on Mother Nature, when are we saving her? 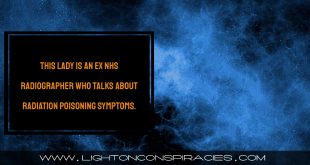 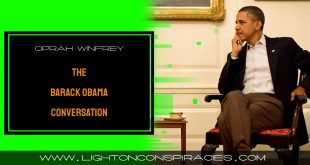 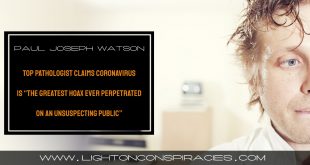