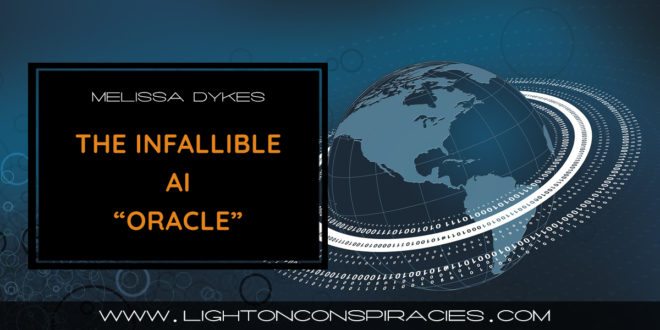 The Infallible AI “Oracle” and the Future of “One Shot” Answers

It’s been said that, “Voice technology is the ultimate behavioral study that you didn’t realize was happening,” although I would argue that probably most of the technology that we’re interacting with on a daily basis is ultimately a “behavioral study” the depth and breadth of which we don’t fully comprehend.

Apparently in the next phase, your AI “oracle” voice assistant will do most of the heavy thinking for you… and the Internet will slowly morph into a place where there’s only one “right” (read: “official”) answer.

On a related side note, did you know the definition for “oracle” is “a person (such as a priestess of ancient Greece) through whom a deity is believed to speak”.

(Part one of a two-part series…)

Co-founder of Truthstream Media, I’m an investigative journalist who digs into mainstream narratives and hidden history to uncover and bring to light the real story we haven’t been told about the world around us.

Share
Previous Epstein Dead: Following Names Dropped, People Close To Him Fear He Was Murdered; Warned Someone Tried To Kill Him
Next The Pentagon can make you hear voices in your head. And Facebook can read your mind.