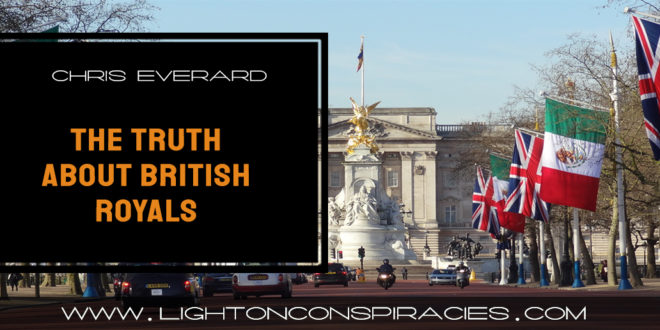 The Truth about British Royals

QUEEN VICTORIA’S grandchildren all married each other, and many of her children were psychopaths. One of her favourite grandchildren was Prince Carl Eduard Coburg who attended Eton and was a British Prince who was a member of the Order of the Garter. He was sent to Germany and installed as a General in the armed forces, and he then set about conscripting the youngest and fittest of German society who he then commanded and killed on battlefields of the First World War. It was Prince Carl Eduard Coburg and his uncle, the Kaiser, who caused millions of people to be gassed and murdered between 1914-1918. On the other side of the first world war battlefields was his cousin – King George V – commanding the British troops and overseeing the first use of Chemical Weapons such as Mustard Gas and Chlorine bombs. Both these men were British Royals, educated at the British tax payers’ expense, both these men were directly related to Queen Victoria, they were both psychopaths… They were both members of the Order of the Garter. They were both raised at Buckingham Palace.

To preview the book click on the thumbnail below:
eBook Kindle Version
Within just 19 years of the end of the first world war, the ‘Third Reich’ had been invented, and a former victim of a mustard gas attack, Adolf Hitler, whose real family name is Schikelgruber, was employed by Prince Carl Eduard Coburg to be the front-man in the second world war. Heinrich Himmler was the 2nd in command, and the god-son of Prince Heinrich of Bavaria – but the main psychopath in charge of operations was Prince Carl Eduard Coburg. The Duke of Edinburgh’s sisters married senior NAZI officers who were Princes and also descendants of Queen Victoria. This incestuous cabal of kings, princes and dukes then stage-managed and funded the NAZI party and are responsible for killing 45million+ people.
The sheer scale and audacity of this psychopathic masterplan shocked Hitler, who said “Today I met the Antichrist – he was cruel and intrepid and he frightened me!” following his meeting with the British Prince Carl Eduard Coburg. Much of what I have just written has been deliberately airbrushed from the history books. The E.U. undemocratic superstate government is the end-game in this masterplan, devised and funded by royal psychopaths. No wonder Buckingham Palace have not uttered a word about how British people’s rights have been taken away bit-by-bit by the E.U. – the E.U. is their long-term plan – to grab and control the ancient nations of Europe, to mortally inflict high rates of VAT on all small businesses, and to engineer yet more wars where the brightest, youngest and fittest die on the battlefields.
Share

Previous Geoengineering Watch: Our Most Comprehensive Climate Engineering Presentation
Next Is the pineal gland being purposely suppressed?