Breaking News
Home / 1. Free Content / 3 Things That Happened Just Before The Economic Crisis Of 2008 That Are Happening Again Right Now 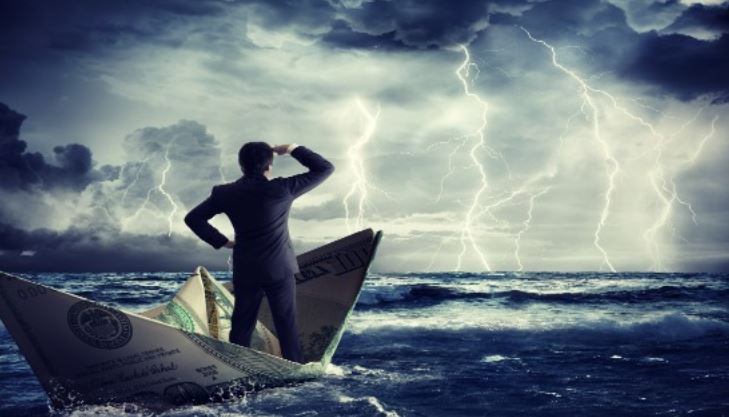 Real estate, oil and the employment numbers are all telling us the same thing, and that is really bad news for the U.S. economy.  It really does appear that economic activity is starting to slow down significantly, but just like in 2008 those that are running things don’t want to admit the reality of what we are facing.  Back then, Fed Chair Ben Bernanke insisted that the U.S. economy was not heading into a recession, and we later learned that a recession had already begun when he made that statement.  And as you will see at the end of this article, current Fed Chair Jerome Powell says that he is “very happy” with how the U.S. economy is performing, but he shouldn’t be so thrilled.  Signs of trouble are everywhere, and we just got several more pieces of troubling news.

Thanks to aggressive rate hikes by the Federal Reserve, the average rate on a 30-year mortgage is now up to about 4.8 percent.  Just like in 2008, that is killing the housing market and it has us on the precipice of another real estate meltdown.

And some of the markets that were once the hottest in the entire country are leading the way down.  For example, just check out what is happening in Manhattan…

Of course things are even worse at the high end of the market.  Some Manhattan townhouses are selling for millions of dollars less than what they were originally listed for.

Sadly, Manhattan is far from alone.  Pending home sales are down all over the nation.  In October, U.S. pending home sales were down 4.6 percent on a year over year basis, and that was the tenth month in a row that we have seen a decline…

Hope was high for a rebound (after new-home-sales slumped), but that was dashed as pending home sales plunged 2.6% MoM in October (well below the expected 0.5% MoM bounce).

When something happens for 10 months in a row, I think that you can safely say that a trend has started.

Sales of new single-family houses plunged 12% in October, compared to a year ago, to a seasonally adjusted annual rate of 544,000 houses, according to estimates by the Census Bureau and the Department of Housing and Urban Development.

With an inventory of new houses for sale at 336,000 (seasonally adjusted), the supply at the current rate of sales spiked to 7.4 months, from 6.5 months’ supply in September, and from 5.6 months’ supply a year ago.

Up until now, at least the economic optimists could point to the employment numbers as a reason for hope, but not anymore.

In fact, initial claims for unemployment benefits have now risen for three weeks in a row…

The number of Americans filing applications for jobless benefits increased to a six-month high last week, which could raise concerns that the labor market could be slowing.

Initial claims for state unemployment benefits rose 10,000 to a seasonally adjusted 234,000 for the week ended Nov. 24, the highest level since the mid-May, the Labor Department said on Thursday. Claims have now risen for three straight weeks.

This is also similar to what we witnessed back in 2008.  Jobless claims started to creep up, and then when the crisis fully erupted there was an avalanche of job losses.

And just like 10 years ago, we are starting to see a lot of big corporations start to announce major layoffs.

General Motors greatly upset President Trump when they announced that they were cutting 14,000 jobs just before the holidays, but GM is far from alone.  For a list of some of the large firms that have just announced layoffs, please see my previous article entitled “U.S. Job Losses Accelerate: Here Are 10 Big Companies That Are Cutting Jobs Or Laying Off Workers”.

A third parallel to 2008 is what is happening to the price of oil.

In 2008, the price of oil shot up to a record high before falling precipitously.

Well, now a similar thing has happened.  Earlier this year the price of oil shot up to $76 a barrel, but this week it slid beneath the all-important $50 barrier…

Oil’s recent slide has shaved more than a third off its price. Crude fell more than 1% Thursday to as low as $49.41 a barrel. The last time oil closed below $50 was in October 4, 2017. By mid morning the price had climbed back to above $51.

Concerns about oversupply have sent oil prices into a virtual freefall: Crude hit a four-year high above $76 a barrel less than two months ago.

When economists are asked why the price of oil is falling, the primary answer they give is because global economic activity is softening.

And that is definitely the case.  In fact, we just learned that economic confidence in the eurozone has declined for the 11th month in a row…

Euro-area economic confidence slipped for an 11th straight month, further damping expectations that the currency bloc will rebound from a sharp growth slowdown and complicating the European Central Bank’s plans to pare back stimulus.

In addition, we just got news that the Swiss and Swedish economies had negative growth in the third quarter.

The economic news is bad across the board, and it appears to be undeniable that a global economic downturn has begun.

Jerome H. Powell, the Federal Reserve’s chairman, has also taken an optimistic line, declaring in Texas recently that he was “very happy about the state of the economy.”

That is just great.  He can be as happy as he wants, and he can continue raising interest rates as he sticks his head in the sand, but nothing is going to change economic reality.

Every single Fed rate hiking cycle in history has ended in a market crash and/or a recession, and this time won’t be any different.

The Federal Reserve created the “boom” that we witnessed in recent years, but we must also hold them responsible for the “bust” that is about to happen.

About the author: Michael Snyder is a nationally syndicated writer, media personality and political activist. He is publisher of The Most Important News and the author of four books including The Beginning Of The End and Living A Life That Really Matters.

Much of the daily content we publish is notable to us for various reasons. Having said that, the views and opinions expressed in this content, (articles, videos or any other content), are those of the authors and do not necessarily reflect the opinions of the authors of this site. As always, please do your own research. Please do not believe what you are told. Take what you like, and leave the rest.
Previous Light On Conspiracies with Ole Dammegard and Special Guest Willem Felderhof – Aerotoxic Syndrome
Next ✈️ #911Truth Part 11: Feature Documentary: 9/11 Alchemy – Facing Reality by Wolf Clan Media