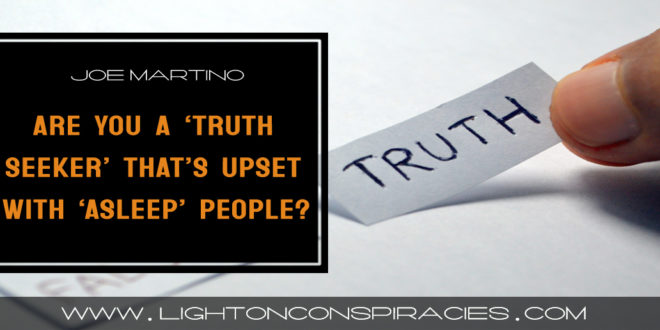 Are You A ‘Truth Seeker’ That’s Upset With ‘Asleep’ People? Read This. 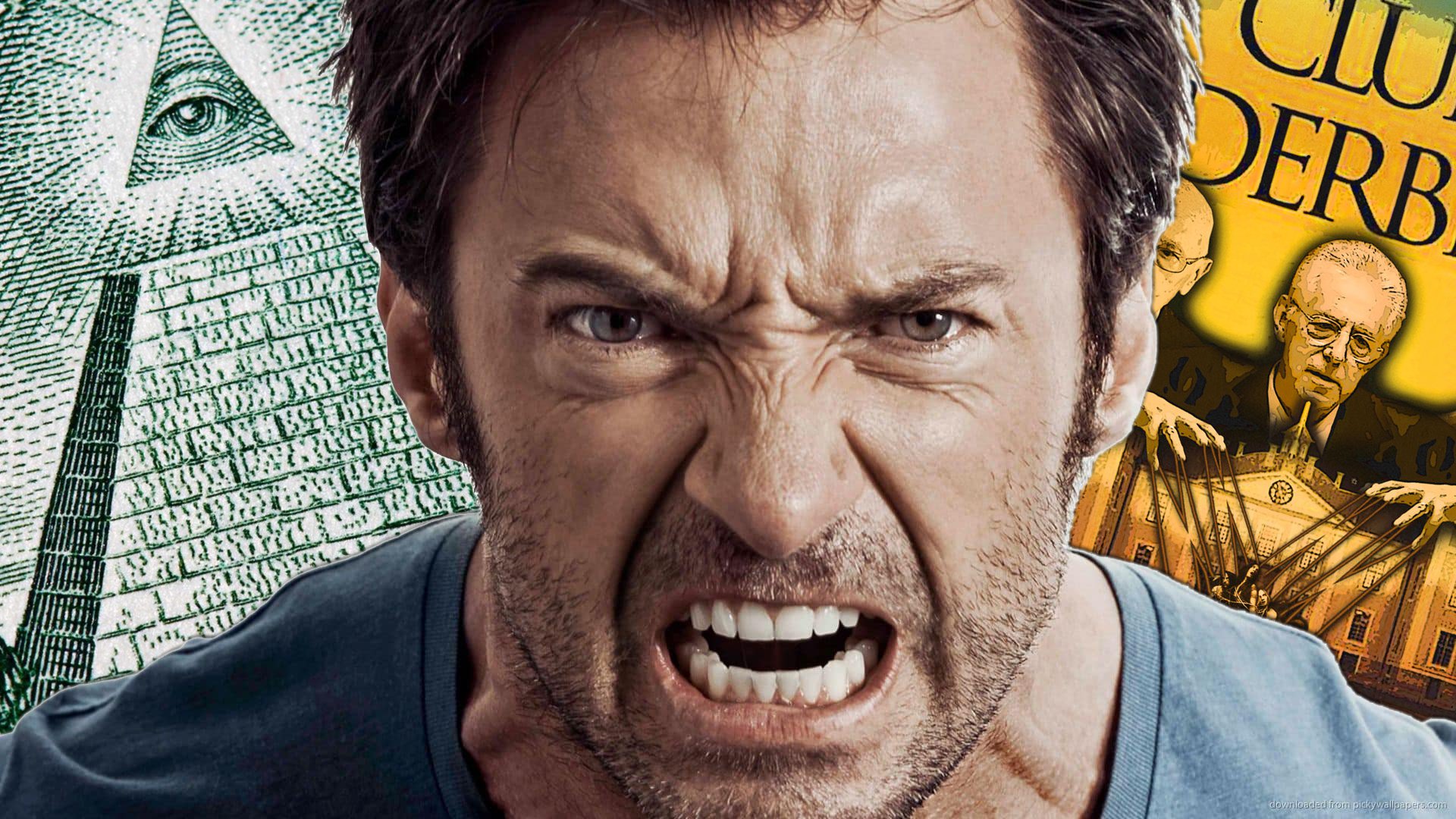 We’re in a time where truth is coming to the surface, and it can be frustrating and infuriating to learn about some of what is going on in our world. Whether it’s deception, manipulation or issues that affect current events, it’s a high time for digging into truth. But what happens when we don’t work to process the emotions mentioned about that can often come from learning about this stuff? What if we simply let them linger?

Before you jump in and say “this sounds like New Age BS,” allow me to say: there’s no room for New Age BS here at CE, we concern ourselves with solving our collective challenges by shifting consciousness and action, not through passivity. But that means we have to take an honest look at ourselves, and our means by which we attempt to create change to understand what it truly takes to make it happen.

Being a part of the alternative media community for 10 years now, I have seen a great deal of anger, aggression, and judgment towards those who aren’t “waking up’ from those who are ‘awake.’ I feel there is a lot to discuss when it comes to ‘awake’ vs ‘un-awake,’ but that’s a discussion for another time.

We might often hear or see the terms ‘sheeple’ or ‘zombies’ when describing the average person who may not be aware that mainstream media is not delivering the truth to the public. I feel this form of judgement creates unnecessary divides amongst people where we move into a state that is often seen in those with societal power; they believe they are above others and therefore look down upon those who are not aware of something.

The meme below is a great example of the kind of stuff that often goes around. I’m one who loves jokes, and I see nothing wrong with most jokes, but the tricky part is, many people truly see their fellow humans in limiting and negative lights, and I feel it’s time to reflect on that. 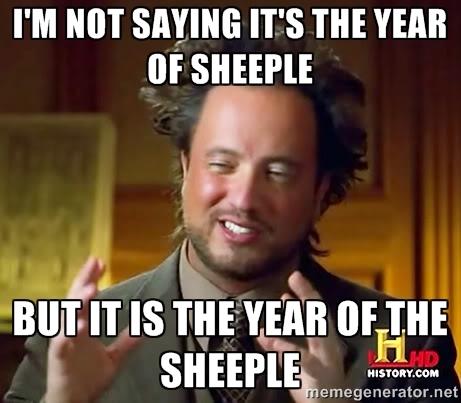 Common memes that go around.

One thing you’ll often notice in these situations is, the moment there is a power gap in someone thinking they are more awake than another, the tone, language and intention of the person trying to ‘awaken’ the other changes. At any sight of resistance from the other, the ‘awake’ person may begin their attack. The ‘un-awake’ person might move into a mode of being defensive of their position, causing the other person to attempt to convince heavily and will often berating the other for not understanding lies that we have been told as the masses. This turns into a distasteful conversation where no one moves anywhere because the security system in both people’s minds have gone off!

In either case, clarity and common ground cannot be found. So the question becomes, does exposing truth in an aggressive and alarming manner help to wake people up? Or is it widening the gap between those seeing the truth and those still unaware of it? If our number one goal is to help awaken people, shouldn’t we look for the most effective way to do that, and do it?

I personally feel it’s clear that by coming off in an aggressive manner is very much like being a bull in a china shop, and it isn’t effective at waking anyone up to truth. You might hear people say “but anger is what changes our world! Without anger, nothing will change!” To this I say, “where is the proof that anger has actually made our world better?” (We talk about this subject in great detail in episode 3 of our show on CETV called Elevate.)

In conversation, anger does two things, gives us an opportunity to feel and explore why we are letting our emotions get the best of us, and it gives others good reason to not want to look into what you are saying and also easily allows them to label people as crazy without having to think deeply about the content being discussed.

People often ask me “you must get attacked all the time at family gatherings or by friends eh?” I say “No. Pretty much never.” Why? Because I have always taken an empathetic neutral approach to the situation of sharing new and controversial ideas. I have had full on conversations about even the most controversial of topics like reptilian extraterrestrials and may get some wide eyes but never anything too crazy. It’s simply because I go into these conversations neutral and unattached to outcomes. This EFFECTIVELY allows people to explore topics and change.

So how do we do this? We can learn some of this through the CE Protocol. 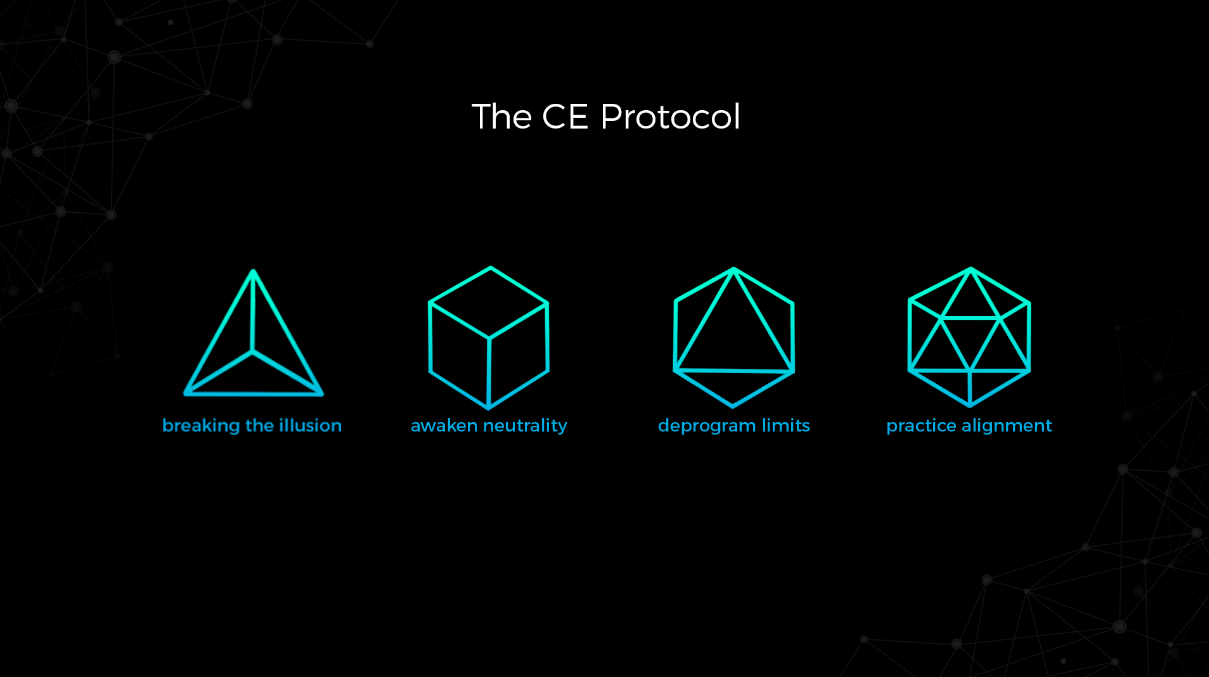 From this same neutral position, we have approached our work here at CE. In fact, I developed a protocol that we use here at CE to not only create shifts within people through media but that also works as a practice to be used in our own lives to create the necessary shifts within our perceptions and consciousness such that we can actively create a new world from that new state of consciousness.

The CE Protocol will cover how we can begin having a greater grasp of this approach, and how we can reflect on implementing it in our own lives. As you reflect on how we can make the most of our conversations with others, and observe how an aggressive and judgmental state truly doesn’t bring anyone together in understanding, I also invite you to check out the CE protocol to truly dive deeper into why we not only cover the stories we do, but also why we go about it the way we do. Of course, you can take the 5 Days of You Challenge as well at the end.