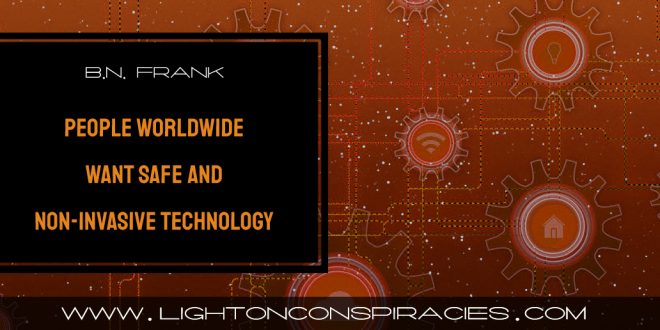 In 2019 The World Health Organization predicted that high levels of Electromagnetic Radiation exposure (aka “Electrosmog”) could lead to health issues in 30% of the population. A few months earlier, telecom executives gave U.S. congressional testimony that they had NO scientific evidence that 5G is safe.

Regardless, 5G opposition is about A LOT more than health and environmental risks (see 1, 2, 3, 4, 5). It does seem relevant, though, that since 2018 there have been reports of people and animals becoming sick where 5G was installed and turned on (see 1, 2, 3, 4). Of course, other sources of wireless emit harmful radiation too.

Nevertheless, despite cities worldwide AND entire countries taking action to ban, delay, halt, and limit installation AS WELL AS issue moratoriums – 5G deployment continues in many locations as well as in space.

Thanks to Stop 5G International and everyone else who participated in the making of this new video, Safe Technology, Not 5G.

Share
Previous NEEDED: Vision and Leadership for the Family of Man
Next The Tennessee Highway Patrol Are Employees Of Homeland Security