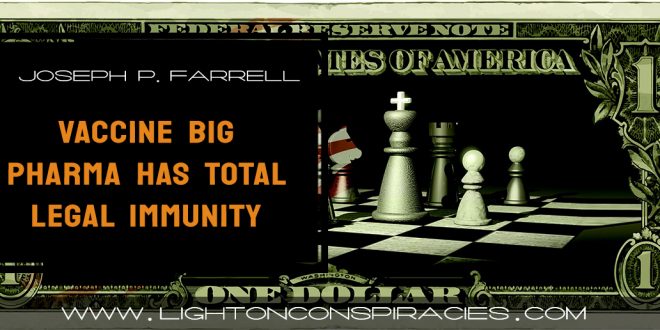 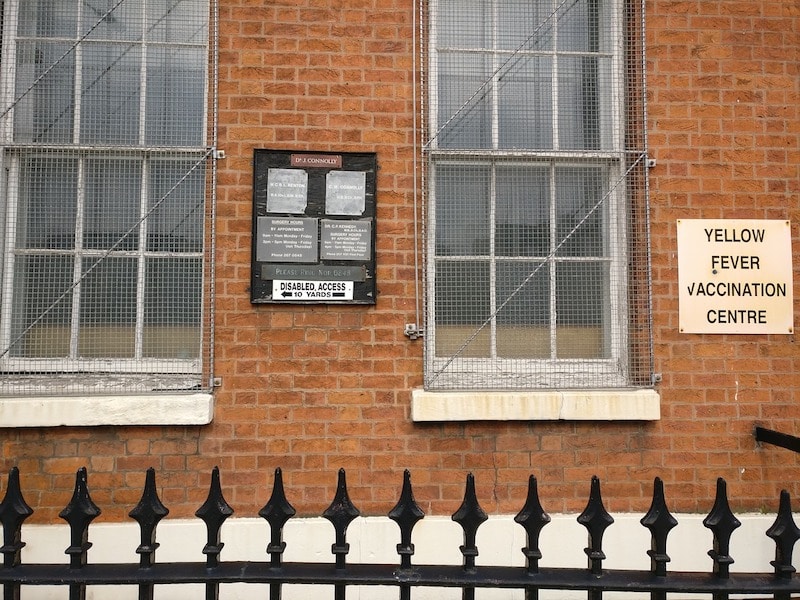 There is no doubt that Robert F. Kennedy Jr. had a good year last year. Indeed, the son of the infamously murdered Senator and former U.S. Attorney General Robert F. Kennedy Sr., has for some reason been emboldened to remark last year that he did not believe the official story of his father’s untimely murder shortly after winning the hotly-contested 1968 California Democratic Primary. Indeed, who does believe that story. It has more magic bullets flying around inside the pantry of the Ambassador Hotel than the murder of his uncle, former president John F. Kennedy.

RFK Jr also won a stunning victory in a lawsuit against Monsanto, and yet another stunning legal victory against the vaccine industry, opening up many documents that demonstrated an astonishing degree of malfeasance and inept, if not deliberately bad, science.

More recently, Mr. Kennedy spoke to Fox Network’s Tucker Carlson on the legal protections afforded to Big Pharma and the vaccine industry, and it’s a stunner(thanks to Mr. V.T for sharing this article):

It’s worth noting what he said to Carlson:

“The pharmaceutical industry is so powerful,” he explained. “They give $5.4 billion a year to the media. They’ve gotten rid of the lawyers, so there is no legal interest in those cases. They have really been able to control the debate and silence people like me.“

Asked how things could get this bad, Robert F. Kennedy Jr. explained that Congress granted Big Pharma “blanket legal immunity” when it comes to vaccines.

Big Pharma became a law unto themselves. They can put toxic ingredients in your vaccines, they can seriously injure your child – but you cannot sue them.

“What you have to understand is that the vaccine regimen changed dramatically around 1989.

Hmmmn…. 1989, wouldn’t that be during the administration of G.H.W. “Poppy” and “New World Order” Bush? But I digress… back to Mr. Kennedy:

The reason it changed, Tucker, is that Congress, drowning in pharmaceutical industry money, did something they have never done for any other industry – they gave blanket legal immunity to all the vaccine companies.

And who had to sign any such legislation? Why, the same guy whose administration also gave use the “substantial equivalence” opening the floodgates for GMOs to be introduced into the food supply. But I digress again…

The enormous profits in the unregulated industry meant Big Pharma companies raced each other to produce new and unnecessary vaccines to pump into newborn children – often dozens at a time.

Now, all of this raises a question in my mind, and it occurred to Catherine Austin Fitts in our recent Solari-year-end-wrap-up conversation (which we hope will soon be available on Solari.com and in the members’ area of this website): What has emboldened Mr. Kennedy to make such statements now, not only about big pharma, but about his murdered father? As he stated on the Carlson interview, it is only the second time he has been invited on a major television network to talk about the vaccine industry and vaccine safety. But why, also, invite further ire by only recently talking about his personal thoughts about his father’s murder, and his disbelief in the official narrative that it was the “lone nut-Manchurian patsy” Sirhan Sirhan?

To put the point a bit differently, why does he feel confident enough to speak about any of these things? To do so, particularly if one is a Kennedy, is – I venture to say – a risky business. After all, all of the “brothers” – JFK, RFK Sr., Teddy – are gone. His cousin, JFK Jr., perished in highly suspicious circumstances aboard his private aircraft along with his wife, after apparently making it clear to a few friends that he either planned to investigate, or was investigating, his father’s assassination, and had aspirations for political office.

One can, of course, take the view that Mr. Kennedy is aware of the risks but nonetheless speaking out courageously in spite of them. In doing so, he would certainly be following precedents established by his father and his assassinated presidential uncle.

But perhaps there are circumstances emboldening him as well. Times have changed since those assassinations. Three – and only three – television/radio networks no longer control the flow of information. The deep state playbook is now so transparently obvious that almost every story and government-corporate narrative is questioned almost as soon as it arises. Too many suspicious doctor deaths have raised awareness of the machinations of big pharma and big agribusiness to new levels of cynicism and skepticism.

And there is, I suggest, possibly something else going on: the deep factions are at war. Mr Kennedy alluded to this by calling Big Pharma a “mafia”, and mafia bosses tend to sip brandy and smoke cigars at the table, while their soldiers are shooting at each other on the streets. In short, perhaps it was a subtle signal that the former “truces” are no longer in effect, and that some formerly allied factions are now going after other factions, with whom they were once allied. Perhaps, just perhaps, there are some within “the elite” who are genuinely alarmed at the technocratic, transhumanist, total-absence-of-morality-and-law direction that some globaloneyists want to take things.

Perhaps, but there are, after all, contra-indications. Emanuel-there’s-no-such-thing-as-French-culture-and-please-protest-in-the-traditional-peaceful-French-way-Macron for example. Or Angela-Globaloney-Mad-Madam-Merkel’s recent pronouncement that governments would have to give up their national sovereignty for the glorious sake of the New World Order, and her express statement that government would simply have to ignore their civilian populations and voters to do so. Who better to state the principles of tyranny than a German chancellor(in), huh?

In the meantime, though, kuddos, Mr. Kennedy, for stating with such clarity, the obvious truth that no one wants to confront.

See you on the flip side…