Reminiscent of the horror movie, A Quiet Place where those who lived in a world overrun by murderous creatures were forced into silence at the peril of their lives, “The Quiet Rooms” has the same ominous ring to it. And with good reason.

“Quiet Rooms” are rooms used by schools to seclude a student with “problem behaviors” in a (sometimes) padded cell behind a locked door. Horrifying, right?

As if the statistically proven school-to-prison pipeline isn’t enough, let’s get a 5-year-old used to being locked in a room as punishment! Sounds like a great idea.

Even the schools refer to it as “serving time.”

If that’s not enough, some school administrators and professionals who implement this practice call it just that, “serving time,” according to a report from the Chicago Tribune titled The Quiet Rooms.

Children were sent to isolation after refusing to do classwork, for swearing, for spilling milk, for throwing Legos. School employees use isolated timeout for convenience, out of frustration or as punishment, sometimes referring to it as “serving time.” (source)

Of course, the above commentary is dripping with sarcasm. This is yet another reason many parents have removed their children from the school system altogether.

In a haunting slide show, the Chicago Tribune shares the pleading voices of children begging to be let out of solitary confinement, otherwise known as “quiet rooms.”

Not to be confused with a voluntary sensory room which is designed for special needs students to decompress, “quiet rooms” lock a student alone in a cell. Sometimes the walls have padding sometimes they don’t. And much of their use against the student populations have been declared illegal.

Why are they putting kids in solitary confinement?

Officially the room was only supposed to be used if a student was violent.

The Chicago Tribune reported that schools use the rooms for safety reasons:

Without doubt, many of the children being secluded are challenging. Records show school employees struggling to deal with disruptive, even violent behavior, such as hitting, kicking and biting. Workers say that they have to use seclusion to keep everyone in the classroom safe and that the practice can help children learn how to calm themselves. (source)

However, they also reported that disability advocates decry the practice as traumatizing and harmful:

But disability advocates, special-education experts and administrators in school systems that have banned seclusion argue that the practice has no therapeutic or educational value, that it can traumatize children — and that there are better alternatives. (source)

The definition of “violence” has been misused to include disproportionate punishment for children with special needs. The U.S. Government Accountability Office released a report on K-12 Education: Federal Data and Resources on Restraint and Seclusion from February of 2019.

The report states the reason for the investigation is because of statistics showing a disproportionate number of boys and disabled individuals being punished by being locked in a cell at school. As a side note, a majority of persons with Autism are male.

[The U.S. Government Accountability office’s] work has shown that the use of restraint and seclusion in k-12 public schools nationwide is more prevalent among students with disabilities and boys. (source)

There are no real rules for this treatment.

The report goes on to say that the Accountability Office has issued only “guidance” with regard to using this form of punishment:

Education has issued guidance stating that restraint or seclusion should never be used except in situations where a child’s behavior poses imminent danger of serious physical harm to self or others. (pg. 1)

They also provide their own definition of “restraint” via seclusion: “Seclusion broadly refers to involuntarily confining a student alone in a room or area from which he or she cannot physically leave.”

In response to the abuse of children, they have “suggested” this alternative, “The federal government has encouraged the use of positive behavioral interventions and supports (PBIS) as alternatives to restraint and seclusion.“

Instead, “quiet rooms” were being used in Illinois for such minor infractions as spilling milk.

What are quiet rooms?

One example shared by NPR in 2019 explained what the “seclusions” rooms look like.

Many are built like Russian nesting dolls — rooms within rooms. The innermost room is reserved for students with more egregious behavior issues. That room is concrete and about the size of a closet. Inside, there are no chairs to sit on and the only window is on the door. (source)

On NPR, a woman shared a story about how her non-verbal special needs son was abused using this method of punishment.

“…repeated seclusions traumatized her son, causing him to hate school and making him more violent and distrusting of authority figures,” the report states.

“He would poop and pee himself to get out of the seclusion room — he was so desperate to get out,” she says. “This is a child who was completely potty trained since he was 5. … That to me, for a nonverbal person, that’s absolute desperation.” (source)

The pitiful cries as these children plead to be let out and their increasingly desperate actions are all noted down on thousands of handwritten reports. It’s enough to make you cry.

What’s being done to end this?

Some progress has been made towards eliminating this barbaric practice, but it’s not much. The Chicago Tribune reports:

No federal law regulates the use of seclusion, and Congress has debated off and on for years whether that should change. Last fall, a bill was introduced that would prohibit seclusion in public schools that receive federal funding. A U.S. House committee held a hearing on the issue in January, but there’s been no movement since.

Nineteen states prohibit secluding children in locked rooms; four of them ban any type of seclusion. But Illinois continues to rely on the practice. The last time the U.S. Department of Education calculated state-level seclusion totals, in 2013-14, Illinois ranked No. 1. (source)

Disability advocates are leading the charge in getting this abusive treatment banned. And the State of Illinois has reacted to this scandal, they are issuing “guidelines” for using these prison cells aka “quiet rooms”:

Informed of the investigation’s findings, the Illinois State Board of Education said it would issue guidance clarifying that seclusion should be used only in emergencies. Officials acknowledged they don’t monitor the use of isolated timeout and said they would need legislative action to do so. (source)

Most states have banned the practice, but Illinois has made little progress towards eliminating this abuse in school settings.

What could possibly go wrong?

One could raise the cry of, “false imprisonment” and “torture” when it comes to the treatment of these children, especially the ones with disabilities.

Let’s just lock ‘em in a box and see what happens.

What do you think of this kind of punishment for children? Share your thoughts in the comments below.

Jenny Jayne is the mother of two wonderful boys on the Autism spectrum and is passionate about Autism Advocacy. She is a novelist who writes Post-apocalyptic fiction and a freelance writer. Her first novel is coming soon to Kindle eBooks near you. Her guilty pleasures are preparing for hurricanes, drinking hot coffee, eating milk chocolate, reading romances, and watching The Office for the 50th time. Her website: https://jennyjayneauthor.wordpress.com/

Share
Previous Protests Banned Across India After All Hell Breaks Loose
Next Since 1980s, U.S. Government Agency Has Paid Over $4B for Vaccine Related Injuries and Death. Still Want a Flu Shot? 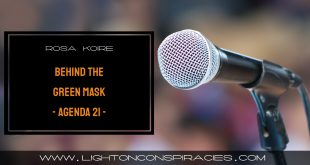 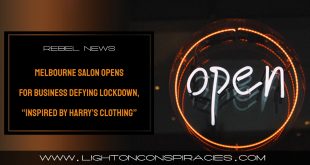 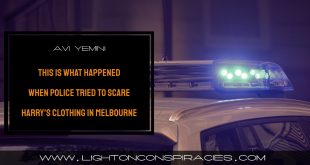