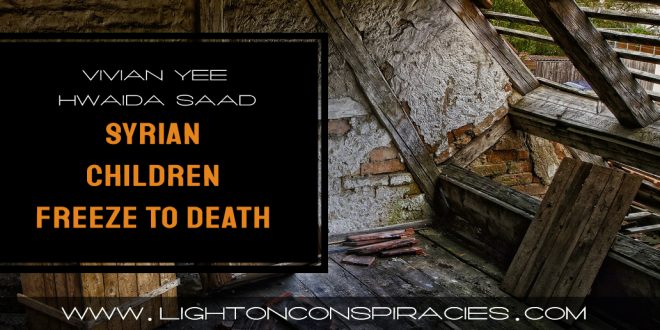 Syrian Children Freeze to Death. Bombs Rain Down. And ‘Nobody Cares.’

REYHANLI, Turkey — The baby wasn’t moving. Her body had gone hot, then cold. Her father rushed her to a hospital, going on foot when he could not find a car, but it was too late.

At 18 months, Iman Leila had frozen to death.

In the half-finished concrete shell that had been home since they ran for their lives across northwest Syria, the Leila family had spent three weeks enduring nighttime temperatures that barely rose above 20.

“I dream about being warm,” Iman’s father, Ahmad Yassin Leila, said a few days later by phone. “I just want my children to feel warm. I don’t want to lose them to the cold. I don’t want anything except a house with windows that keeps out the cold and the wind.”

Syria’s uprising began in a flare of hope almost exactly nine years ago. Now, amid one of the worst humanitarian emergencies of the war, some of those who chanted for freedom and dignity in 2011 want only to ward off the winter cold.

Already the effective winner of Syria’s civil war, President Bashar al-Assad is closer than ever to retaking Syria’s last rebel-held territory, Idlib Province in northwest Syria, a milestone that will clinch his victory even as it deepens his people’s suffering. Over the past three months, his forces, backed by Russian airstrikes, have intensified their assault on the province, driving nearly a million residents toward the border with Turkey.

Many are living in tents or sleeping out in the open in the freezing cold. Iman Leila was just one of nine children who died of exposure in recent weeks.

The exodus is the largest of a war that has displaced 13 million people and taken hundreds of thousands of lives, and ranks among the largest in recent history, second only to the flight of Rohingya Muslims from Myanmar in 2017. With about three million residents trapped between a sealed Turkish border to the north and bombs and shells thundering up from the south and east, the crisis has the potential to grow far worse as the government battles to reclaim all of Syria.

“These are people who are trying to take the hardest decisions of their lives in conditions that are out of their hands,” said Max Baldwin, the North Syria program director for Mercy Corps. “The level of intensity, the fact that you’ve got the Turkish military here, the front line moving there, they’re continuing to target hospitals — it’s creating a level of fear and uncertainty that’s been a huge challenge for everyone. And this could get worse.”

The fleeing Syrians scrabble for safety in camps in the rural countryside near the Turkish border or in towns that may be bombed at any moment. The luckiest shelter in rented or abandoned buildings, many of which lack doors or windows. The less fortunate sleep in tents. Tens of thousands huddle on sidewalks or under olive trees, the branches draped with plastic tarps, blankets or nothing.

Those who can afford it buy fuel for heaters, if any fuel is to be had. Those who cannot wrap their children in plastic sheets and fill any bag they can find with hot water to thaw their children’s beds at night. When they run out of wood, they burn clothes and shoes.

Some fled hauling pieces of their old homes — like doors and window frames — hoping to improve their temporary shelters or to rebuild someday. Now those, too, go into the fire.

One family that tried to keep a small fire in their tent this month ended up burning it down as they slept, killing two children.

“There are a lot of other people dying,” Mr. Leila said. “Nobody cares.”

Like hundreds of thousands of others, the Leilas had already fled from elsewhere and ended up in Idlib as a last resort.

Nine years ago, Mr. Leila joined the peaceful protests against the brutal authoritarianism of President Bashar al-Assad, which erupted into armed uprising and war. When Mr. Assad’s forces recaptured the Leilas’ hometown, the Damascus suburb of East Ghouta, two years ago, the family accepted the government’s offer of safe passage to Idlib rather than face retribution.

More than a million civilians from all parts of Syria have done the same thing, many having already moved multiple times. They have doubled Idlib’s population, turning it into a crowded stew of transplanted dissidents and their families and an array of jihadist and rebel groups who exploited the chaos to seize political control.

These groups — dominated by the Qaeda-linked Hayat Tahrir al-Sham — have given the Syrian government cover to justify its onslaught in the name of counterterrorism.

People who evacuated when the Idlib offensive began last spring filled up the available buildings near the Turkish border, leaving those who fled in recent weeks to cram into overcrowded camps that flood with every rain. Even those with money cannot find tents now.

Some have stitched together plastic tarps. Others have built huts out of grapevines.

With much of the area under fire, aid organizations cannot reach civilians, or take hours to deliver supplies to camps just a few miles away because the roads are so jammed. Aid workers, volunteers and contractors who supply water, blankets and food are fleeing their own homes as they try to help others, leaving the humanitarian response mired in chaos.

Aid groups have long ago run out of tents, and lack the funding to buy more.

“People don’t have high standards for shelter,” said Fouad Sayed Issa, 25, the founder of Violet, a Syrian nonprofit relief organization based just across Turkish border. “They just want to have a place to stay. They call us asking for tents, and we don’t have any to give.”

Cut off from countries that once sent military aid to the rebels, they plead for a rescue no one is offering.

Until the government offensive began last spring, Idlib had maintained a fragile stability under a cease-fire brokered by Russia, which backs Mr. Assad, and Turkey, which supported opposition forces.

Turkey has protested the violation of the agreement and held talks with Russia, to little avail. Russia has promised to reinstate the cease-fire even as its planes bomb civilian hospitals.

Turkey has now launched a modest counteroffensive, though few expect it to end the carnage.

The United States, which has 500 troops in southern and eastern Syria, has ruled out military involvement in the northwest.

The Trump administration has sided with Turkey, expressing support for its counterattack and a proposed Turkish-enforced safe zone for displaced civilians at the border.

“Turkey alone cannot deal with suddenly three million refugees coming across its borders,” James F. Jeffrey, the top American diplomat overseeing Syria issues, told a Turkish television interviewer in Istanbul this month. “It has every right to ensure that that does not happen, and we’re here to see how we can help the Turks carry out that right.”

On the Turkish side of the border, Syrian refugees watch in agony as their phones overflow with pleas from their relatives in Idlib, asking where they can go.

“They don’t want to leave and be humiliated — to stay in the street, to not be able to feed their kids, to see them shake from cold,” said Abdulhamid Sallat, 31, a Syrian activist who escaped to the small Turkish border town of Reyhanli in 2014. His family remains in his Syrian home village, Binnish.

“I’m not sleeping,” said his cousin, Turki Sallat, 32, a blacksmith in Reyhanli whose parents and brothers are also in Binnish. “I can’t do anything.”

Under Idlib’s new calculus of risk, a few shells or bombs are not enough to dislodge many residents. In the town of Ariha, it was only after counting 27 airstrikes in one day that Inaya Aloush’s family decided to leave, even though there was nowhere safe to run.

She was in Reyhanli, where she was allowed to go for chemotherapy for colon cancer, but her family remains in an unfinished concrete building in Idlib, just 30 miles away.

“I wish I could bring my family here,” she said. “In Syria, I’m always dreaming about the warplanes. There, silver planes mean bombing. Here, they’re just … normal planes.”

She worries about her husband, her four sons and their families. She thought she would return to her home in Ariha after treatment, a prospect that now seems unlikely.

“I never thought I wouldn’t be going back to that house,” she said, tearing up. “Sometimes we ask God, ‘When will this be over?’”

From some of the camps, the displaced can see Turkey, green and orderly beyond the border fence. On the Turkish side of the Reyhanli crossing, olive trees grow in tidy rows. Nothing sleeps beneath them but a stray dog.

But Turkey already hosts more than three million Syrian refugees, and it refuses to accept any more.

That does not stop Khadija Mohsen Shaker, 34, from hoping.

She and one of her four sons crossed several days ago to Reyhanli, also for medical care — he is being treated for kidney problems. But soon they will have to return to their tent in Idlib, where her elderly parents and two other children are living.

“I wish I could live in Syria the way people live here,” she said. “There, there’s fear everywhere. We’re surrounded by fear.”

Ms. Shaker, a widow who works as a farmhand, was among the last to leave the city of Maarat al Noaman after pro-government forces attacked in January, fleeing on foot with her family in one panicked hour. Once near the border, they slept for 10 days under an olive tree draped with a tarp until someone gave them his tent.

In the tent, their toilet is a bucket, she said. There is no school. They spend each day praying, trying to soothe the children — one cries from cold, another from hunger — and waiting for aid groups to deliver food. Every day, one son goes to a nearby mountain to collect firewood. But it is still so cold that they cannot sleep.

Her eldest son, 13, was smuggled to Istanbul at 11 to work, which seemed better than staying in Idlib. She does not know when she will see him again, if ever.

After nearly a decade of heartbreak and death, conversations about Syria tend to circle the same painful question, of what it was all for.

Some, like Abdulhamid Sallat, say the revolt was worth it. “It’s about dignity and freedom,” he said. “The revolution still exists in our hearts.”

But to Ms. Shaker, the talk of political ideals feels almost cruel, if not irrelevant.

Share
Previous The Coronavirus COVID-19 Pandemic: The Real Danger is “Agenda ID2020”
Next The Scariest Thing About Coronavirus is the Reaction to Coronavirus 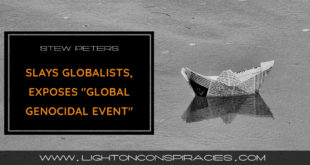 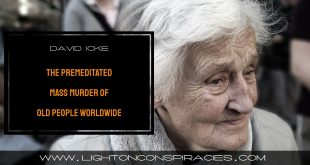 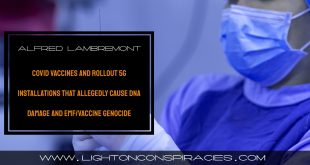