Verizon yesterday announced that its 5G service is available in 13 NFL stadiums but said the network is only able to cover “parts” of the seating areas. Verizon 5G signals will also be sparse or non-existent when fans walk through concourses and other areas in and around each stadium.

The rollout of 5G is more complicated than the rollout of 4G was because 5G relies heavily on millimeter-wave signals that don’t travel far and are easily blocked by walls and other obstacles. While Verizon is trying to build excitement around 5G, its announcement for availability in NFL stadiums carried several caveats.

Notice the phrase “could be available” in that last sentence. Verizon isn’t promising any 5G coverage outside the seating areas, and the seating-area coverage will only be available in some sections.

In Verizon 5G launch city, reviewers have trouble even finding a signal

When contacted by Ars, Verizon said that its 5G coverage “varies by stadium” but provided no specifics on how widespread the coverage is in each facility. At least some of the 13 stadiums don’t have any 5G coverage available outside the seating areas, Verizon also acknowledged.

“Our main focus is to provide 5G Ultra Wideband service to fans when they are in their seats,” Verizon told Ars. “In some stadiums we also have 5G available in the concourse areas and by the entry gates.”

Verizon also said it plans to “expand to more stadiums during this season” and “increas[e] coverage in the 13 stadiums that currently have 5G.” But Verizon did not tell us if it expects to reach full-stadium coverage in any of the NFL facilities, and it didn’t answer our question about whether the in-stadium limits are due to the use of millimeter-wave frequencies or some other factor.

This is the same problem, on a smaller scale, that Verizon’s network experienced in early 5G launch cities. You had to be near a 5G antenna to get a signal, and reviewers had trouble staying connected to the 5G service.

Verizon’s stadium announcement explained that customers’ phones will fall back to 4G automatically and that in some cities, there isn’t any 5G coverage at all outside the stadiums:

When customers with 5G enabled smartphones move outside Verizon’s 5G Ultra Wideband coverage area, the 5G-enabled devices will transition the signal to Verizon’s 4G network. In some cities the stadium will be the only place with Verizon 5G Ultra Wideband service, offering fans a unique 5G experience they can’t get anywhere else in their local area.

5G can work on any frequency used by mobile networks, including the lower-band frequencies Verizon uses for its nationwide 4G network. But Verizon has said that customers will only notice small speed increases on 5G when it’s delivered over low-band frequencies. The big speed increases will come on millimeter-wave deployments, which will be concentrated in densely populated areas.

AT&T also yesterday announced millimeter-wave 5G for NFL fans, but only at the AT&T Stadium used by the Dallas Cowboys. It sounds like the coverage will be better than Verizon’s, as an AT&T spokesperson told us that its 5G at AT&T Stadium “include[s] all of the non-suite seating sections, the plaza areas, and the field itself.” (This is real 5G, not AT&T’s rebranded 4G.) But unlike Verizon’s NFL deployment, AT&T’s is only available at one stadium so far.

The reality of 5G has so far fallen short of the hype stoked by carriers and Federal Communications Commission officials, who have claimed 5G is so revolutionary that the usual rules and regulations shouldn’t apply to its rollout.

Much of the daily content we publish is notable to us for various reasons. Having said that, the views and opinions expressed in this content, (articles, videos or any other content), are those of the authors and do not necessarily reflect the opinions of the authors of this site. As always, please do your own research. Please do not believe what you are told. Take what you like, and leave the rest.
Previous 9/11 – The Twin Towers Truth Interview with Ole Dammegard and Cody Snodgres
Next 9/11 Whistleblowers: The 9/11 Commissioners 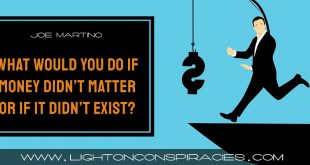 Ask Yourself: What Would You Do If Money Didn’t Matter Or If It Didn’t Exist? 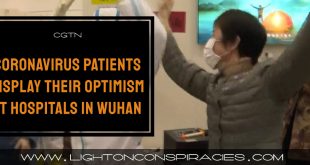 From exercising to dance battles, coronavirus patients display their optimism at hospitals in Wuhan 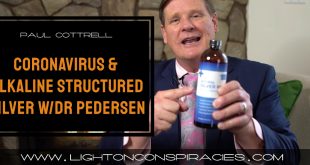