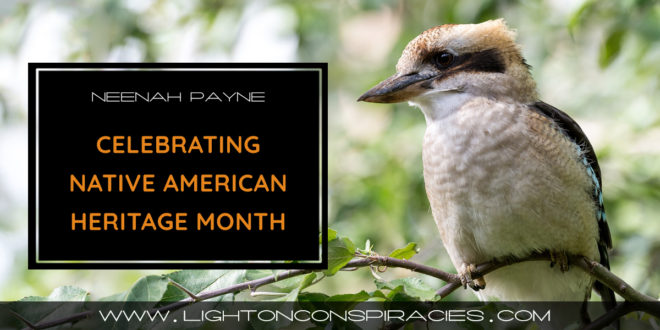 November is Native American Heritage Month, an opportunity to learn from the many rich traditions of Native Americans.  Native American Day: Learning The Way of Earth explains that  Dr. Zach Bush warns we are in the Sixth Great Extinction and human survival depends on the urgent restoration of our soils (earth).  So, the world — led by the West — is in very grave trouble now. Where will we find the inspiration to change our relationship to the Earth on which we depend for survival?

There are 500 Native Nations in this hemisphere — many of which have been here tens of thousands of years. Can these ancient wisdom keepers guide us now? Many Americans seem to think so as they flock to the Amazon to drink ayahuasca with shamans. However, although many of our states, cities, and rivers carry Native names, most Americans ignore Native America and know little about these cultures. We were told that Europe had a “Manifest Destiny” to take over this hemisphere because it brought a civilization that was so vastly superior and Native American cultures were “primitive”.

However, Native America’s Gifts To The World shows that physicists discovered that verb-intensive Native American languages better express the concepts of quantum physics than noun-heavy Western languages. It shows some of the profound gifts Native America gave the world. This article focuses on the Inca Empire — the largest in the world in the 1500s with 10 million people — which was performing successful brain surgery 300 years before Europe. We need to learn the truth now.

Philip P. Arnold, a member of Neighbors of the Onondaga Nation (NOON) and associate professor of indigenous religions at Syracuse University, says: “How we in the larger society regard indigenous peoples — who have an ongoing relationship with the living earth — will determine our ability to survive.” The Library of Congress, National Archives and Records Administration, National Endowment for the Humanities, National Gallery of Art, National Park Service, Smithsonian Institution and United States Holocaust Memorial Museum join in paying tribute to the rich ancestry of Native Americans.

Native America’s Gifts To The World shows that the DVD The Language of Spirituality documents the discovery by physicists and linguists that the verb-intensive Native American languages better convey concepts of quantum physics and consciousness than noun-heavy Western languages. So, these cultures which we have been taught to dismiss as “primitive” have a more sophisticated concept of reality than the West. What Are We Celebrating On Halloween? shows that we now need their insights to survive.

“The National Museum of the American Indian’s Native Cinema Showcase is an annual celebration of the best in Native film. For this year’s 20th-anniversary showcase, the museum presents the full program online — streaming new films, fan favorite classics, and conversations with filmmakers. The showcase provides a unique forum for engagement with Native filmmakers and stories from Indigenous communities throughout the Western Hemisphere and the Arctic. All films are available on demand; please check individual listings for dates and times of availability. Short-format films are grouped in programs and available concurrently at the listed time for each program.”

Share
Previous “Brought To You By Pfizer” — How Big Pharma Sponsors Mainstream Media
Next Nancy is forcing a vote, all hands on deck