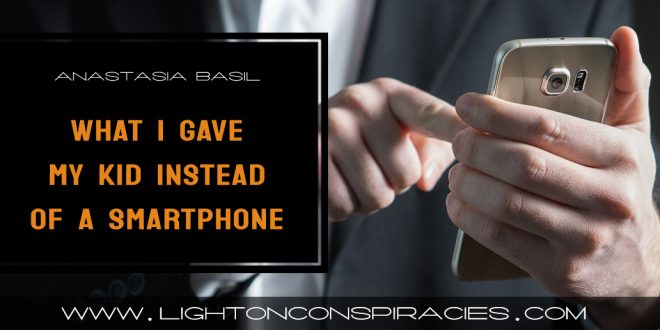 What I Gave My Kid Instead of a Smartphone

After seeing things on social media no parent could unsee, I decided to do something about it 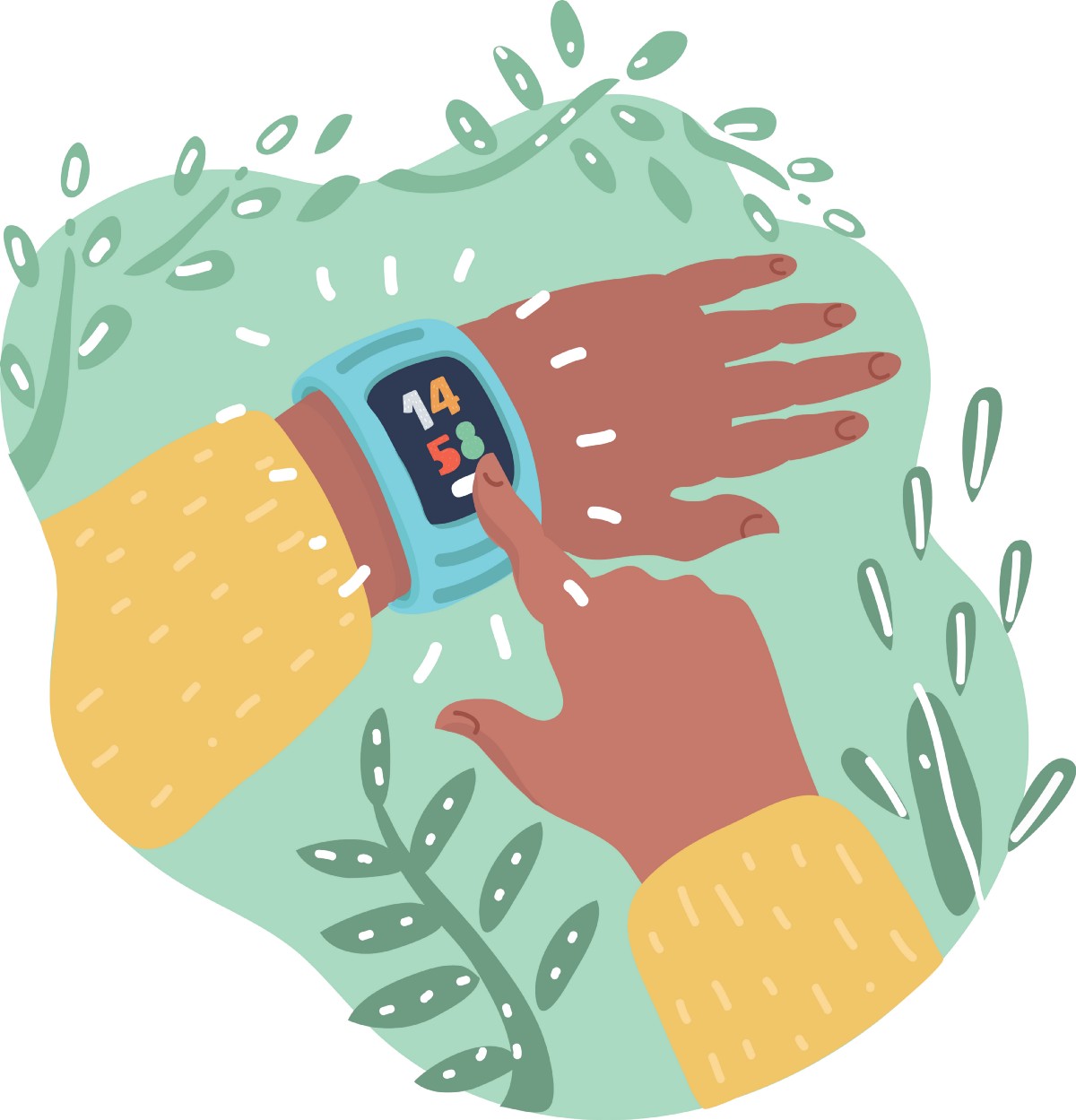 A year ago, I spent months undercover on the popular video-making app, Musical.ly. (It’s since been renamed. Nice try, but we see you hiding your lame-app self behind TikTok.) My commitment to using the app as an engrossed child, and not a mildly interested adult, led me on a distressing journey into a social network where kids as young as eight sexually objectify themselves. I found hundreds of self-harm videos that showed suicide options — bathtubs filling, images of blades, a child’s voice saying she didn’t want to live anymore. It only got worse from there.

Nearly every kid in my daughter’s fifth grade class was using Musical.ly to film themselves or each other. Parents insisted the app was harmless fun. (And it can be — initially.) I was prepared for my findings to be met with silence. No one will ever read this, I said to my husband as I published the resulting article, it’s way too long. Parents don’t have time to dive into this sewage. I went to bed that night acutely aware that I’d spent the last few months pushing a Sisyphean boulder up a mountain only to, probably, discover it sitting at the bottom again come morning.

Wow. Was I ever wrong. Not only did parents dive into the sewage with me, they continue to sort through it even now, bringing to light things I missed a year ago. The article has now been read and shared by over a million people across the globe. The lesson I learned? Don’t do nothing just because you can’t do everything.

Since publication, the question I’m most often asked is: Did you buckle under pressure and give your daughter a smartphone for middle school, or did you strap some old soup cans to her body and tell her to shake wildly if she needs to reach you? The answer: I bought her a Gizmo Gadget watch. And it’s been great! I call her, she calls me. I can text and send reminders from my smartphone to her watch, for which I pay a monthly fee of $5. She can text back limited characters. She can also leave me voice messages, which she sometimes does in whisper-screams from school: “You packed me apples again! Everyone else gets Doritos. This needs to STOP!”

Don’t do nothing just because you can’t do everything.

I’m not sure how long she’ll have the watch, but it’s been the perfect device for our needs since she started school last fall. I’ve been looking at the Light Phone II — a “dumb” 4G phone that seems too good to be true. It’s beautifully designed, non-addictive, and smart in its own Zen way. It’s not available yet, but when it is, I’ll take two: one for my daughter and one for me! It’s high time I break up with my soul-sucking smartphone.

That question is one of dozens I’ve received about raising kids who abstain from social media. (I don’t like the word abstain, it sounds like asbestos. Let’s say opt out.) After talking and emailing with hundreds of parents over the past year, I’ve compiled the most common questions — and my answers — below.

By opting out, does your daughter feel cut off from her friends?

No. She has her own iPad and texts from there. And no, she can’t secretly download social media apps because the iPad is technically mine, controlled by my thumbprint. When she wants an app, she walks her iPad over to me and says, “Can I get this?” and then I use my thumbprint to get it for her. Or not. Safari is not enabled on the iPad; instead, she FaceTimes, texts, and plays loads of games. The best part is that it doesn’t fit in her back pocket, so it’s not with her everywhere she goes. It stays home, like a heavy Zenith TV from the old days. Sometimes we even set a bowl of fruit on top of it as decor.

How do I tell a 12-year-old to opt out in a world where even eight-year-olds have Instagram accounts?

Instagram accounts receive clusters of “follow requests” from porn bots. There’s isn’t much you can do to prevent that — even if your child’s account is private — but here’s what you can do: tell your kid to forget she ever read that offer to “text and [email protected]*! ugly girls here,” then try not to think about the profile image that will forever live in her list of “blocked accounts.” Or — and I know this is going to sound crazy but stay with me here — just say no to Instagram? (If you need more convincing, read this. It’s by a child psychiatrist.)

The goal is not to make your kid feel like a lone wolf howling beneath a black sky with nary the warm glow of a screen to keep her warm. The goal is to grow her pack. There’s strength and solidarity in numbers. If her closest friends opt out too, it might be easier. Need help recruiting her friends’ parents to the cause? Officer Gomez is an SRO (a Student Resource Officer) at a middle school. He is a police officer trained to protect children from school shooters, predators, bullies, drugs, cyber crimes, and the big one: their own stupidity. I watched the below video, mouth agape, barely pausing to breathe, let alone eat the salty snacks I’d brought into bed with my laptop.

Start watching seven minutes in. Follow his Facebook page. This SRO is doing heroic work. He needs his own comic book and origin story from DC. I’ve got a byline for the blockbuster: Officer Gomez, not just a cop from Idaho.

Does your middle-school daughter beg you for a smartphone?

Yes. She also begs for a new puppy, but I’m fairly certain her life isn’t ruined because we only have one dog. When the begging starts, I remind my daughter that some parents won’t allow slime-making in the house. I’m the mom who buys slime-making material in bulk. I let her friends come over and destroy my house with slime. I try to say yes more than no when it comes to most age-appropriate (albeit annoying) interests a preteen might have — yes, even those that come in app form. For example, I say yes to creativity iPad apps, even if they cost a few dollars. There are some very cool drawing apps out there. I drew this weird guy with my finger using a free app called Paper by FiftyThree:

Since you’re not dropping hundreds on a smartphone with monthly data fees, consider spending $20 on a drawing stylus. My daughter sketched the drawing below using a stylus on a $10 app called Procreate, which I said yes to because I’m the BEST MOM EVER (according to her, after I greenlit the purchase). You can even “splurge” on one of those pen holder thingies for the iPad if your kid is the kind that loses stuff.

And if your kid does lose the stylus, no need to pull a Heath Ledger Joker Face. He didn’t lose a $700 smartphone. I feel bad for kids who carry around that kind of responsibility. Children used to want ponies, but we didn’t burden them with the responsibility of caring for one: “Timmy, this pony is yourresponsibility. If you lose it or it dies, my wrath will destroy you psychologically. Do you understand?” Timmy gulps, nods.

Another way to compensate for being the meanest mom in the world is to give your kid an “art desk.” I bought ours at IKEA for 50 bucks. It’s big and plain and looks like a table. (Important note: We live in a small house. Seriously. Our house is super small. The desk is like an extended member of the family.) I keep it stocked with unusual art supplies, which continue to be more affordable than a smartphone. When my daughter’s friends come over, they gravitate toward the desk. Everything is right there, within reach.

Why an art desk? Kids are often bored, aimless, and lost in a fog of their own misery. An art desk is the clink clank clink of a distant carnival tune. It draws them out of the fog and into a candy land of gel pens, mod podge, acrylics, watercolor markers, and coloring books full of farting cats. Preteens are “all in” when it comes to adorably flatulent Kawaii kitties. Art is something to do. Isn’t that what social media is, too? You don’t have to be good at either to pass the time, but I’m fairly confident working with messy, raw materials to create something beats chasing rainbows in the shallows of social media.

Shouldn’t I prepare my children for the real world? Wouldn’t it be better if they learned how to be safe on Snapchat, Instagram, TikTok, and other social media apps now?

Kids don’t belong to parents. Their childhood is on loan to us. It’s our job to raise the kid part the best we can, and then they’re supposed to take it from there. It’s an extraordinary responsibility, isn’t it? To be entrusted with another person’s handful of childhood years. We want to raise our kids to be self-directed, strong, independent thinkers. Social media prompts them to over-examine the lives of their friends, enemies, celebrities, YouTubers, and an endless parade of strangers and porn bots. The result of this constant “examining” can leave a child feeling empty, or worse: not pretty or funny or talented or well-liked enough. Social media isn’t a game kids play, it’s an online identity they cultivate.

If you haven’t yet handed over the social media keys to your kids, stay strong. We got this, parents. We can do this.

Share
Previous WIND TURBINES, VIBRO ACOUSTIC DISEASE AND THE EVER GROWING HERD OF ELEPHANTS IN THE ROOM
Next Artificial wombs could soon be a reality. What will this mean for women?