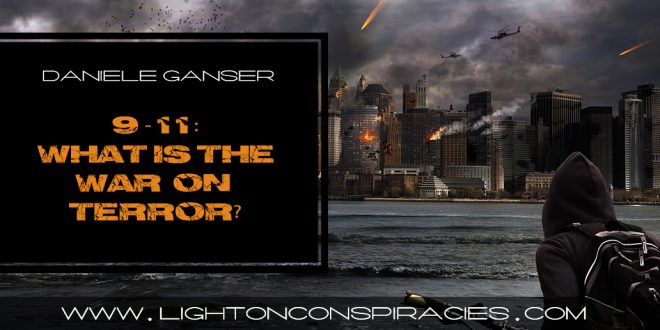 Dr. Daniele Ganser is a Swiss Historian who is specialized in international politics after 1945. He is the director of the Swiss Institute for Peace and Energy Research (SIPER) in Basel, Switzerland. In this talk which he gave to a group of business people on November 6th, 2017 in Cologne, Germany, he asks the question whether the so called „war on terror“ is in reality a fight for oil and gas.

In the beginning of the talk Daniele Ganser explains that as a human family we today consume 96 million barrels of oil every day, that’s 47 supertankers. He explains the cheap oil in the Middle East is in muslim countries while oil sand from Canada or Deepwater oil from the Gulf of Mexico have higher production costs.

Daniele Ganser shows, that the government of Mossadegh in Iran has nationalized its oil but thereafter was overthrown in 1953 by the British secret service MI6 and the US secret service CIA. With the example of the Golf of Tonkin incident which started the Vietnam War in 1964 Ganser underlines the fact that wars were often started with lies. This was also the case when US President George Bush together with British Prime Minister Tony Blair attacked Irak in 2003 and claimed falsely that Irak had weapons of mass destruction. The talk recalls also secret warfare of the French secret service DGSE, who destroyed the Greenpeace ship Rainbow Warrior in 1985 with bombs.

In the part on the terrorist attacks of 11th September 2001 the talk of historian Daniele Ganser focuses on the collapse of WTC7, the third tower which was not hit by a plane. While the NIST report of 2008 claims the building came down due to fire, other experts have argued that WTC7 has been brought down with controlled demolition. Ganser leaves it to his audience to make up its mind whether fire or controlled demolition destroyed WTC7 on 9/11.

Previous Ole’s Newsletter 2018 11
Next Geoengineered Assault on Humanity: What is Unfolding on the Wider Horizon?