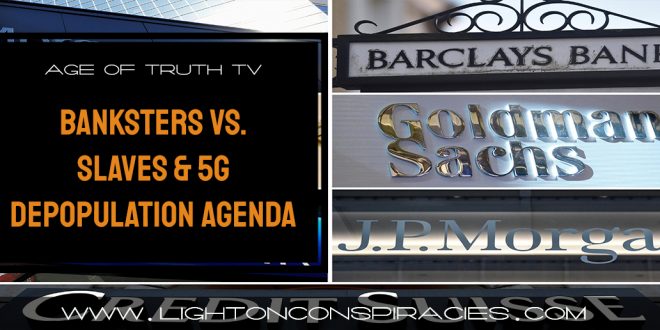 A former succesful and ambitious Investment Banker who turned Whistleblower, MADS PALSVIG, has now become a controversial and outspoken Politician in Denmark. He is the founder of a very alternative political party called “JFK21” ~ “Earth Freedom Knowledge”, and has been revealing conspiracy secrets about hidden agendas orchestrated by elite “banksters” and members of secret societies, who “run the world” behind the scenes.
In this dynamic and eye-opening in-depth hard-talk interview with AGE OF TRUTH TV presenter, Lucas Alexander, Mads Palsvig is telling his surprising life story of his highly succesful life for 30 years working as an Investment Banker and Bank Trader for some of the worlds top banks, such as; Morgan Stanley, Barclays, Credit Suisse First Boston and the 2 top Danish banks, UniBank and Danske Bank. He was stationed in London and Hong Kong trading state obligations.
When he was fired without warning, possibly after asking the wrong questions to a member of The Federal Reserve, his life changed dramatically, and he began a new journey as a whistleblower. He discovered the manipulation of how money really is created, and who owns the banks, a banking cartel of top elite bloodline families, commonly known under the popular term, “The Illuminati”, and how they dictate the policies of the world: Who gets rich or not, the political system and the mainstream media. Mads Palsvig says that `depopulation´ is the main goal of the elitists behind “The New World Order”.
SELECTED TOPICS DISCUSSED:
– The Money Creation. Inside trading and the manipulation of global monetary institutions.
– The Earths population aka. Debt Slaves to the global “banksters”. – Reality: Upside down of everything we know.
– Illuminati bloodline families and The New World Order. – Depopulation of 95% of the people on Earth.
– The Federal Reserve & The Council Of Foreign Relations. – Mind Control and Televison/Media lies.
– DONALD TRUMP and his plan to “drain the swamp”.
– Trump vs. Hillary Clinton.
– Elections and the political system.
– The Yellow Vests.
– Freedom of speech vs. Hate Speech.
– Feminism and the Gender Agenda. – 5G – the big threat to humanity. A.I. (Artificial intelligence).
– Child trafficking and dark rituals. Vatican scandals.
– Faith in God and Christianity. …….that and MUCH MORE in this controversial show featuring Mads Palsvig, who is campaigning to become an elected member of the Danish parliament representing his new political party JFK21. JFK21 / MADS PALSVIG WEBSITE http://www.jfk21.dk Filmed in: Copenhagen, Denmark 13 December 2018 Interviewed by Lucas Alexander for Age Of Truth TV.
PLEASE LIKE AND SUBSCRIBE TO OUR CHANNEL! Your support is greatly appreciated. AGE OF TRUTH TV Website: http://www.ageoftruth.tv For further contact: [email protected]
Please take a moment to support Ole on Patreon!

Share
Previous IKEA’s New Plan to Rent Furniture Shows How the Market Can Protect the Environment
Next New World Order – Geoengineering and Chemtrails to impact Colorado in 2019?