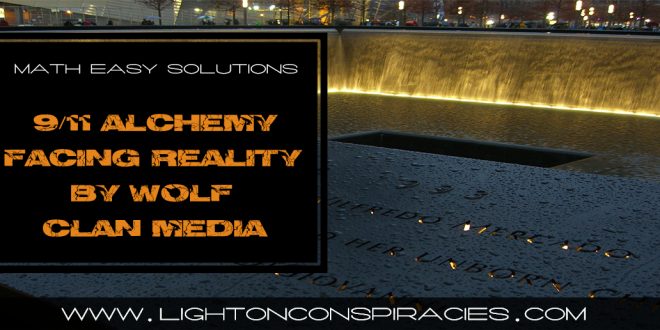 In #911Truth Part 11, I have uploaded (with permission) Christian Hampton’s epic and game changing documentary on 9/11, the advanced technology involved, and the continual coverup by controlled opposition “truth” movements. Chris uses his skills as an audio engineer and filmmaker to build upon the work of Dr. Judy Wood, and by focusing on the advanced holographic image projection technology used to mimic large Boeing airliners. Directed (Free) Energy Technology (DEW) is the main type of technology used on 9/11; from creating “plane” illusions to turning 7 large world trade center towers to dust, steering a giant Hurricane Erin off the coast, altering the Earth’s magnetic field, levitating cars, and interfering with nearby cameras and phones; on this day September 11, 2001, 17 years ago, energy, matter, metal, elements, and our very reality was manipulated before our very eyes. And it is long overdue that we begin wrapping our minds around what our eyes saw but our minds initially couldn’t comprehend…

Chris joins the ranks of Dr. Judy Wood in being one of only a few to have trusted what their own eyes were telling them, instead of the scripted propaganda coming out of the mainstream and controlled alternative radio, TV, and online media outlets. From demonstrating that the impossible cartoon physics of large aluminum commercial planes flying at abnormal high speed at low altitude, with no trailing air vortex, very little sound, effortlessly gliding through solid steel girders, impact hole showing no evidence of “planes” nor even high heat as people were seen alive and well in the impact holes, and verifying without a shadow of doubt it was not merely “video fakery”, to demonstrating how disinfo alternative agents and groups have blatant Occult/Freemason connections, and to foreshadowing of 9/11 throughout movies, TV shows, and even throughout history; Chris Hampton provides the most complete picture of the entirety of the events that unfolded that day.

Furthermore, Chris Hampton, and the entire crew at Wolf Clan Media, demonstrate that the “other” 9/11 sites: the Pentagon, and Shanksville, Pennsylvania, correlate in almost the same way as with the World Trade Center destruction. Once again Energy was Directed to create a hole in the Pentagon, and in the ground at Shanksville; both sites also showing no evidence of *conventional* planes; neither impacting or remaining after the holes were made. Chris also has the keen eye to match the events at all the sites to the minute by minute magnetometer readings of the Earth’s Magnetic Field. Absolutely insightful and fascinating stuff!